Mumbai– Bhumi Pednekar has joined the cast of the suspense drama ‘The Lady Killer’. The actress will be leading the film along with Arjun Kapoor.

For her, the film’s narrative was gripping from the word go and that’s what appealed to the actor in her.

The film, directed by Ajay Bahl (‘B.A. Pass’, 2012) and produced by Bhushan Kumar of T-Series and Shaailesh R. Singh, narrates the story of a small town playboy, who falls in love with a self-destructive beauty.

Thrilled to embark on the journey, Bhumi says, “I’m always excited when something new and challenging comes my way and ‘The Lady Killer’ gripped me from the very start. As an artiste, this role pushes me out of my comfort zone and gives me a lot to bite into. I can’t wait to start work on the film with Arjun, my director Ajay Bahl and my stellar producers Bhushan sir and Shaailesh sir.”

Talking about the film, director Ajay Bahl says, “There is a rollercoaster of emotions in ‘The Lady Killer’ and for that we needed actors who could ride it every step of the way. I’m so happy to have Arjun Kapoor and Bhumi Pednekar essay these roles because not only do they suit it to the T but also bring in their signature styles and flair.”

Producer Shaailesh R. Singh adds, “Bhumi Pednekar is a talent to reckon with and brings just the right vibe and flavour to ‘The Lady Killer’. We are extremely happy to have her play the lead alongside Arjun Kapoor. This one is definitely going to be a crazy, enriching ride.”

The Ajay Bahl directorial is presented by Gulshan Kumar & T-Series in association with Karma Media & Entertainment.

Chahhat Khanna on ‘grey hair’: It’s beautiful which trolls don’t have the vision to see

Mumbai– ‘Qubool Hai’ actress Chahhat Khanna says it’s easy for trolls and mockers to sit back behind the screen and put out their so-called opinion on anything. 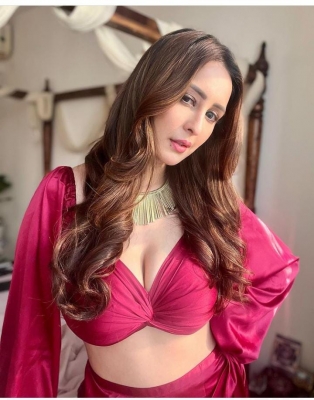 Trolls have been hitting out at Chahhat for her grey hair and her single mother status.

Chahhat says: “I am a single mother and it takes guts of steel to be a mother let alone a single mother who is fending for herself and her family. That exactly was not grey hair and it looked like that as it was a mirror image and at an angle but even if it was, there is nothing bad in having grey hair. It’s natural and it has to be beautiful that way. The trolls won’t be able to say it on the face.”

“It’s only behind the screen that they hide and put out their filthy opinion out there. I have developed a thick skin to these. But the heart goes out to the young and the vulnerable who might get affected due to these. There has to be a measure where we nab these individuals and make the internet a safe and happier place for all individuals. And as for the grey hair, it’s damn beautiful which the trolls might not have the vision to see. Tell me what’s the novelty of being a troll,” she adds.

Akshay Kumar and Emraan Hashmi all set to light up ‘Selfiee’

Mumbai– The makers of Akshay Kumar and Emraan Hashmi’s upcoming film ‘Selfiee’ made the announcement of the film through a special teaser on Wednesday.

The film is the Hindi remake of 2019 Malayalam film ‘Driving License’, directed by Lal Jr, which featured Prithviraj Sukumaran and Suraj Venjaramoodu.

Akshay took to his instagram to share the teaser, which starts off with him playing a bulbul tarang before it jumps into a celebratory mood replete with colours, song and dance featuring Emraan as well.

Akshay wrote in the caption, “Presenting #Selfiee, a journey that will drive you towards loads of entertainment, laughter & emotions. Shooting begins soon!”

‘Selfiee’ will be backed by Karan Johar’s Dharma Productions and helmed by ‘Jugg Jugg Jeeyo’ director Raj Mehta. The film, which will soon go on floors, will also mark Prithviraj Sukumaran and Magic Frames’ debut in Hindi cinema production.

Chennai– Actress Oviya, who shot to fame after her stint in reality show ‘Bigg Boss Tamil’, on Wednesday said that she strongly supported the government’s decision to increase the legal age of marriage for women. 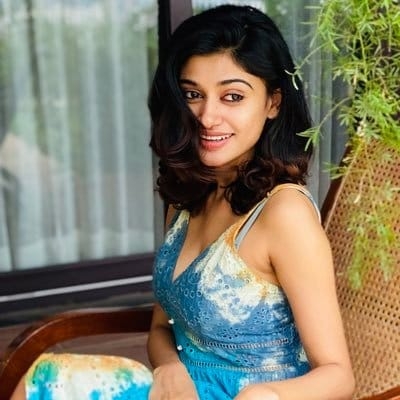 The actress, who took to social media to register her thoughts, said, “Increasing marriage age is a right decision! You don’t need to sacrifice many things and take on very big responsibilities at an early age! I strongly support (it).”

Oviya’s statement came even as Prime Minister Narendra Modi said that the aim behind the government’s move to increase the legal age of marriage for women was to empower the country’s daughters.

The move to increase the age for marriage, the Prime Minister said, would give girls sufficient time to build their careers and become ‘Atmanirbhar’.

Oviya, who gained a huge fan following after her participation in ‘Bigg Boss Tamil’, will next be seen in the comedy entertainer ‘Contractor Nesamani’ featuring Yogi Babu in the lead.

Perneet Chauhan on National Youth Day: I urge young people to stay true to themselves

Mumbai– Actress Perneet Chauhan says that youth should always stay motivated and get every opportunity to shine, on the occasion of National Youth Day. 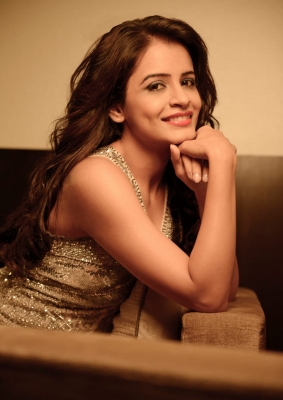 Youth are the builders of the country’s future and should therefore be supported and celebrated. National Youth Day or Yuva Diwas is observed in India on the birth anniversary of Swami Vivekananda, on January 12.

“I would urge the youth to stay true to themselves, use their own wisdom to move ahead. I do agree that in today’s day and age of social media and online revolution, there is too much information. It is both good and bad. I think the youth need to understand that social media does not define us, we should use it only to express ourselves but don’t get carried away. It’s dangerous for mental health. Also, too much information often isn’t helpful. Too much of anything is not good, it can cause confusion and is often misleading. So, stop, access and decide,” she says.

The ‘Do Dil Bandhe Ek Dori Se’ actress adds that youth is the hope of our future. They are the precious treasure that we need to value as that will shape the next generation.

“We need to cultivate a solid value system in them to carry on. We need to respect their thoughts so they can confidently take on the world. Only youth fostered in the right direction of peace, culture and education can bring about a social change. I don’t want to say anything about ‘political views’ that might be the biggest roadblock between our country’s youth and country’s growth. I just hope that the youth understand what is right or wrong and act accordingly,” she adds. (IANS)