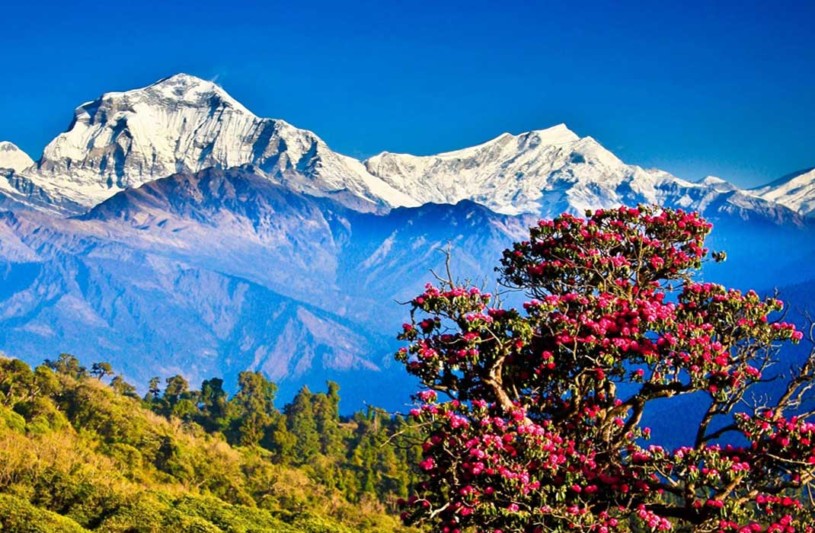 Thimphu– For the people of this Himalayan kingdom, it’s more convenient to travel with India than to be at a crossroads with China.

They say India and Bhutan have long cherished ties — even sharing common Buddhist traditions — and they feel themselves more secure in the hands of India. They want China to respect their sovereignty and end the ongoing standoff.

“We are a small Himalayan nation and can be missed easily by anyone. It’s only India, our long trusted friend, that is shielding us from external aggression,” government employee Dorjee Wangchuk, 52, said in Bhutan’s capital of Thimphu.

He told this IANS visiting correspondent that Chinese “ulterior motives” of developing infrastructure along the Bhutanese border is risky for this nation, though it’s guarded naturally by the mighty mountains.

India is not only Bhutan’s main development partner but also its largest trading partner.

The first Agreement on Trade, Commerce and Transit between India and Bhutan was signed in 1972. Since then, the agreement has been renewed four times — the last one in November.

A Bhutanese analyst based in the capital sees no threat to diplomatic relations between India and Bhutan that were formally established in 1968 with the appointment of a resident representative of India in Thimphu. Beijing so far has not opened an embassy in Thimphu.

“Since then both nations (India and Bhutan) share cordial relations that mutually suit both sides,” said the analyst, who wished not to be named.

He said the Chinese maneuvers by trying to construct roads in Doklam region is not only a violation of the 1998 Bhutan-China bilateral agreement for maintaining peace on the border, but also a veiled threat to cut off the national capital from the gateway for import of food and other materials from India.

“The current standoff will not be able to force us to desert India as an ally and opt for China,” added the analyst, who is a former government senior functionary.

History says the seeds of the India-Bhutan friendship were sown in 1958 when then Prime Minister Jawaharlal Nehru visited Bhutan that shares a 605-km long border with India and 470-km with China.

Another resident, Dorji Tshering said the ongoing standoff on the Bhutan border between Indian and Chinese troops is a matter of concern.

“The tension should be ended immediately and China should abandon construction of road along our borders. Since we don’t have any diplomatic ties with Beijing, we expect it should respect our sovereignty and help restore peace and tranquility in the region,” he added.

Beijing has termed the construction of a road also close to the Sino-India border as “legitimate”, saying it is being built on Chinese territory.

Sittichai Sunglung, a businessman based in Paro town, the picturesque valley known for growing red rice, said most of Bhutan’s imports, including rice and lentils, are coming from India.

“China might be eyeing its market in our country. So it can be seen as an opportunity, not a threat,” he added.

According to the Indian Embassy, the government of India has committed to support Bhutan’s 11th Five Year Plan (July 2013 to June 2018) to the tune of Rs 4,500 crore. There is also a commitment for an additional Rs 500 crore for the Economic Stimulus Plan.

Bhutan’s exports to India stood at Rs 3,180 crore, including electricity, and constituted 90.3 per cent of its total exports.

The Indian Army has been managing Bhutan’s borders and is posted on crucial border posts along China. The army’s Border Roads Organisation is building a road network in the Himalayan nation. (IANS)