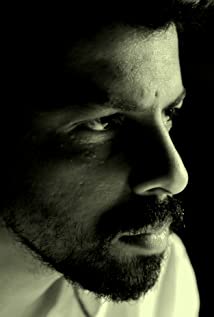 Mumbai– Filmmaker Bejoy Nambiar does not like to repeat actors unless the script demands it, but he sure seems to have a special liking for the work of Malayalam star Dulquer Salmaan.

The actor-director duo had collaborated on the 2017 anthology film, “Solo”.

“It is always the story and what the character demands for me, and casting happens accordingly. I do not write anything keeping one actor in mind. I write a story that has several characters and then I look for actors who fit the characters. But I love Dulquer, he is such a delight to work with and any director would love to work with him, I for sure. I loved working with him in ‘Solo’ and our actor-director equation is successful. But just because of that I cannot repeat him, I have to give him a character that justifies his talent. I mean I want to explore his talent, not exploit it,” Bejoy told IANS.

Bejoy gave an example from his new project “Taish”, which released recently. “There is a character called ‘Sattu’ and it was a challenging part for any actor. When we were going through casting, I met Ekansh Kumar Sharma (who played the role) just once, and honestly, now I can talk about it, I was not sure if he would pull it off,” he said.

However, Ekansh justified his selection. “From day one, the way he performed Sattu, a mentally challenged boy, on a wheelchair, I was blown away!” shared the filmmaker.

On the other hand, Kunickaa Sadanand, a veteran actress, had to give a look test for her small but important role.

“When I offered the role, I asked her for a look test. She had to wear the turban. She put on the get up, wore the turban and when she appeared before me, I found my ‘Beeji’. So, exploring and rediscovering actors is one of the interesting processes for me as a film director.”(IANS)