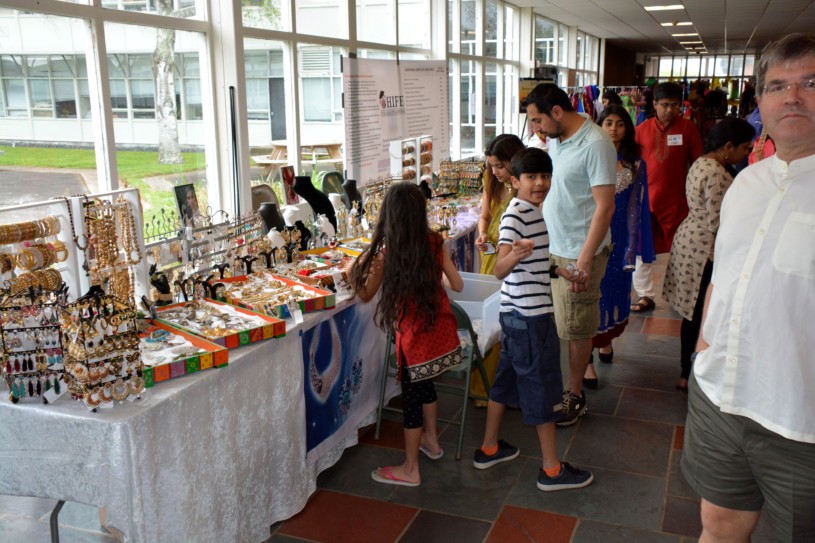 MARLBORO, MA– World Hindu Council of America, a non-profit organization known by Hindi acronym as VHPA, will host its annual Hindu Heritage Day on May 20 in Malrboro, MA. The event is entitled Bahurangi.

“If we have to describe India and its diversity through a color, we must bring all the colors of the rainbow in our palette. The culmination of all these colors unified together in one rainbow, this is what ‘Bahurangi’ is, which is aptly the theme of Hindu Heritage Day celebrations this year,” VHPA said in a statement.

The Governor of Massachusetts has proclaimed May 20, 2017 to be The Hindu Heritage Day.

“It has now become a tradition for the past 21 years to celebrate this rich and diversified inheritance that was passed down to us by our Vedic scientist and ancestors called Rishis,” the statement said.

This year Hindu Heritage Day will be celebrated at Marlboro Middle School, located at 25 Union St, Marlboro, MA 01752. Organized by the volunteers of VHPA, this event is expected to be attended by a large community of more than 2,000 Indian Americans this year, organizers said. This all-inclusive event is catered not only for Greater Boston area residents but all kind of small and large organizations too.

Each year Hindu Heritage Day is centered around a theme to showcase an inspiring insight into Indian culture. This year theme, Bahurangi conveys this beautiful message of a unified colorful diversity of India as well. Bahurangi literally means “that of many hues, having many variations.” 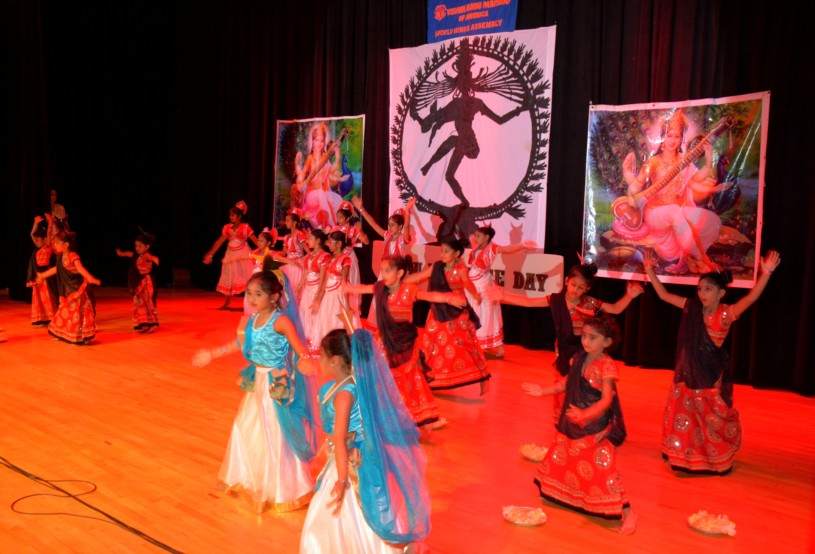 Bahurangi encompasses all shapes, sizes, colors, tastes, variations, and contrasts; just the way People in India are of varied religions, castes, cultures, customs and color. Indian traditions and culture, from languages, music, dance, cuisine, customs, rituals and attire are varied. With every few miles dialects of people changes, their custom changes, and their festivals too. All these varied traditions and customs are like the different hue of a palette, and still, when they join together in One India, they shine like an unmatched Rainbow, a Bahurangi. Each color, each person, distinct and yet bonds well with others.

As one goes from Kanya Kumari to Kashmir and the Arabian Sea to Brahmadesh, the landscapes change, flora and fauna are different, the cuisine is distinct, attire varies and so do customs. However, as you peek in, the essence behind all the variations in our culture is constant, unchanging. It is this Bahurangi Parampara that HHD would like to bring to the audience this year, VHPA statement said.

HHD also honors the dignitaries for their admirable work in different fields each year with their Samskriti Saurabh Samman.

“This year this samman will be presented to Smt Ranjani Ji and Shri Anil Saigal Ji for their work in Boston area,” the statement said.

This program will be hosted by some of the popular emcees of New England Area. Their wit, knowledge and articulative presentation have entertained us for a long time.

Cultural program presented in HHD will consist of over 25 groups of students and teachers associated with Indian cultural organizations of greater Boston area. If last year’s HHD program is any indication, then this year it is going to be a grand showcase of Indian devotional songs, beautifully choreographed dances, synchronous steps of groups dancing in perfect coordination, vibrancy of colors flowing in every detailed costume, educational and socially relevant plays, and a host of applaud worthy performances one after another. The whole event is designed so as to mesmerize audience throughout the show.

To top it all, the event will also have renowned Indian classical vocalist Pandit Sudhakar Chavan, to perform. He is the senior most disciple of late Shrikant Deshpande Ji, who in turn was the senior most disciple of Pdt. Bhimsen Joshi Ji. He also runs a trust to teach and promote Indian Classical music for last 20 years, and among his students is the grandson of Bhimsenji, Viraj, who is now a budding singer himself! If that is not enough to captivate you to your seats, HHD program will feature many talented artists across New England area. Aayushi Saxena of Indian Idol and Antakshari Little Stars fame will be singing in the program. She has also won 1st prize for two consecutive years at BITS PILANI for her Indian Classical singing. Sachi Badola, a gifted 7th grader, multi-language speaker and singer, will be singing Indian National Anthem at HHD event. Janani Sharma, who is a finalist from SaReGaMaPa Lil’ Champs North America, will sing the US National Anthem. This multitalented artist not only sings, but she is also a good dancer, writer and she plays guitar too. So, get ready for this melodious evening filled with soulful music at HHD event of this year.

There will be a Mela/Fair section too, which will have booths ranging from Indian jewelry; beautiful Indian clothes be it saree or salwar suit, or kid’s dresses; handcrafted Indian items and other accessories. There will be booths to provide social and educational content to the people in greater Boston area. Books of Indian origins with devotional and social messages and comics for kids will also be on display. Hard to find spiritual books explaining Hindu Dharma in Hindi and English languages will also be available. Parents of little kids can also find information about schools teaching Hindi, Sanskrit and Indian values, from the booths.

For the foodie in you, a range of Indian dishes will be served from samosas to chaat; from curries to naan. Snacks and Dinner both will be available on their respective time at the event at a nominal cost.

VHP of America is a national organization which has among its objectives to unite Hindus by instilling in them devotion to the Hindu way of life, to cultivate self-respect and respect for all people, and to establish contacts with Hindus all over the world. For more information please visit http://www.vhp-america.org/