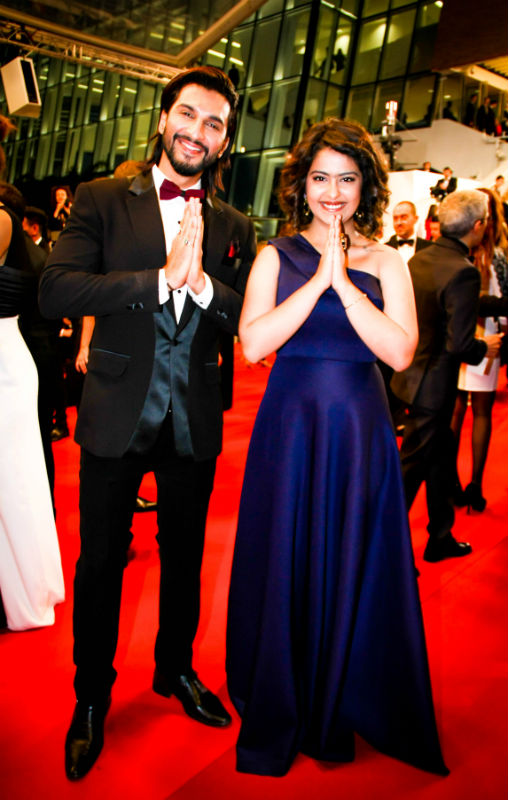 Accompanied by TV star Manish Raisinghani, they walked the red carpet on Friday to watch the trailer of a French film named “Juste La Fin Du Monde” (“It’s only the end of the world), directed by Xavier Dolan, read a statement.

Avika’s eyes lit up with sparkling make-up while her short hair was curled to perfection. Manish looked dapper in a black tuxedo with red bow tie.

On Tuesday, the trailer and poster of the two actors’ short film “Ankahee Baatein” was unveiled at the gala.

The short film, selected for the Short Film Corner, stars Manish and TV actress Barkha Bisht. Avika is the creative director of the movie, helmed by Manav Bhinder.