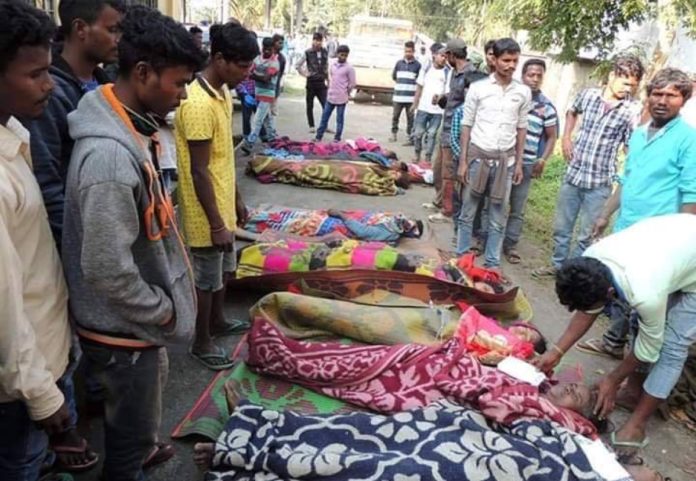 Guwahati– Taking a stern view of the hooch tragedy and its offshoot that has resulted in losing many precious lives including women in the state’s Jorhat and Golaghat district, Assam Chief Minister Sarbananda Sonowal has ordered ban on molasses.

Chairing a high level meeting in the aftermath of the state’s gravest hooch tragedy that claimed over 150 lives, Sonowal on Monday asked state Chief Secretary Alok Kumar to ban molasses in the state.

“The ban has been necessitated as molasses are widely used to prepare ‘sulai’ (country liquor), an intoxicating drink,” he said and asked the Chief Secretary to direct all Deputy Commissioners to ensure ban on molasses in all the districts.

Sonowal also asked Chief Secretary to direct the Deputy Commissioners to generate awareness in all the tea gardens and their periphery areas by conducting awareness meetings so that people can be made aware of the evils of consuming ‘sulai’.

The meeting also decided to extend government help for looking after all children who lost their parent or parents in hooch tragedy under Juvenile Justice Act. (IANS)