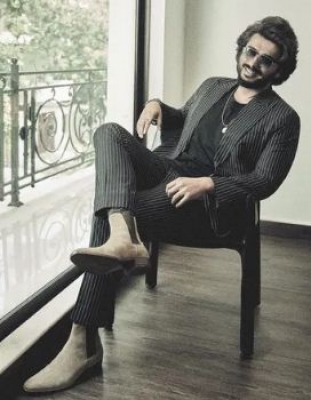 New Delhi– He will be turning 37 on June 26 but it’s not his birthday Arjun Kapoor is excited about. The actor instead is gung-ho about his upcoming film ‘Ek Villain Returns’ and said that he is only excited about celebrating being a villain.

Looking back, Arjun has had a “pretty fun year”. Now he has a gamut of releases coming up starting with ‘Ek Villain Returns’, ‘Kuttey’ and ‘The Lady Killer’.

Arjun, whose first job in the film industry was as an assistant director on Nikhil Advani’s ‘Kal Ho Naa Ho’ in 2003, said: “I have had the chance to play a complete villain and the release of ‘Bhoot Police’. I managed to shoot ‘Kuttey’ and I have just almost completed ‘The Lady Killer’. So, (I have) been able to be in three different worlds… Also and I am looking forward to a theatrical release. It has been a fun year.”

With a string of releases lined up, Arjun feels the responsibility.

“The pressure is always there but then excitement is also a lot. It has a lot to do with the fact that these are three films I shot after selecting them with a lot of excitement and care in order to make sure that I present myself to the audience in a new dynamic way. There is a lot of intensity in all three films,” said Arjun, who is fondly called ‘Baba’ by his fans.

The ‘Sandeep Aur Pinky Faraar’ actor describes ‘Ek Villain Returns’ as “very cinematic”. He shared that ‘Kuttey’ “has mad energy” and that ‘The Lady Killer’ has “the raw edgy intensity” which he wanted to explore.

“So, the pressure is to make sure that the audiences enjoy all the three films and my work comes across as different. But that pressure is good. One must always have that pressure while making a film…You can’t take the audiences for granted. Nervous excitement is the best way to put it,” added the actor, who is in a relationship with diva Malaika Arora.

Arjun says he is looking forward to see how the audiences react to him.

2021 and 2022 have been years of personal developments for Arjun. He is focussing on his health and has taken to fitness seriously.

“I think it has been a year of my personal developments also. I have learnt to take care of myself also… Yeah, so right now is the new exciting times. The year that has gone by will allow me to see the results in the coming year. So, looking forward to my hardwork paying dividends and love from the audience.” (IANS)