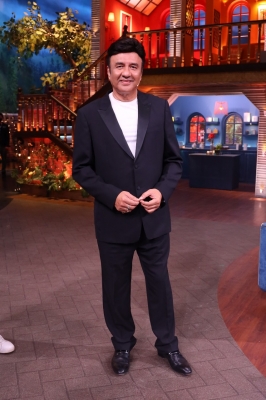 Mumbai– Composer and singer Anu Malik has recalled how he was invited by late singer Kishore Kumar to his house on ‘The Kapil Sharma Show’.

Talking about how lucky he felt when he visited Kishore Kumar’s house, Anu Malik shares: “I am the luckiest person on earth who has had lunch with Kishore Kumar ji. I was invited, and Amit (Kumar) is here, to Gouri Kunj, ‘dada’ had called me at that time. There was no one in the house, except Kishore da. I had the best Bengali food ever! Fried fish, rice, this and that… and samosas too.”

Anu Malik is appearing as a special guest on the show along with Amit Kumar and Saadhna Sargam.

He further adds: “I had acquired a strange liking for him… and dada was sitting there in front of me! There was a portrait of K.L. Saigal saab. I was shocked when I first glanced upon it, it was huge! There dada paid his respects.”