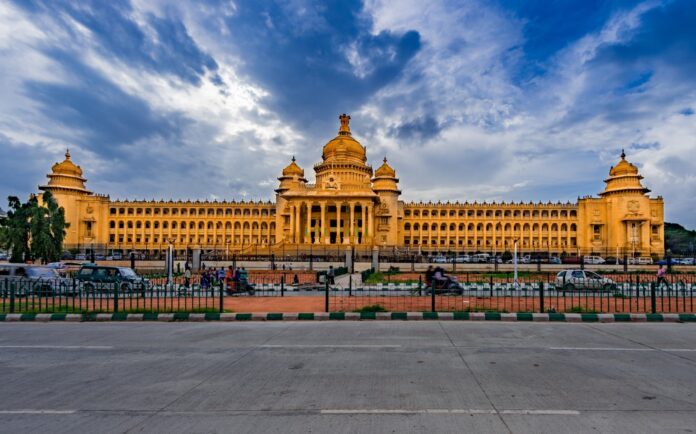 Belagavi, Karnataka— The Karnataka Assembly on Thursday passed the Anti-conversion Bill amid uproar by the Opposition during the ongoing Winter Session of the Assembly. The day was reserved for discussion on the Bill.

“The Anti-conversion Bill is Constitutional and pro-people,” Chief Minister Basavaraj Bommai said while speaking to mediapersons at the Suvarna Soudha here.

“Instead of presenting their views on the Bill, the Opposition leaders chose to make political speeches. In fact, the preparations for bringing the Bill was made during the earlier Congress regime itself. Former Chief Minister Siddaramaiah himself had agreed to present the Bill before the state cabinet after it was scrutinised by the law department. Doesn’t it amount to his consent to the Bill,” Bommai asked.

“The Bill is especially pro-SC, ST and poor segments of the society. It would help in the protection of all the communities and uphold their dignity. The state government is very clear in implementing the Bill. The government is opposed to conversion by exploiting poverty and offering allurements like employment and education,” Bommai said.

The Congress leaders are opposing the same Bill now in the Assembly, which shows the dual policy of the party, Bommai said.

However, the Congress party said that it would rollback the Bill when it comes to power.

“No person shall convert or attempt to convert, either directly or otherwise, any other person from one religion to another by use or practice of force, undue influence, coercion, allurement or by any fraudulent means or by any other means or promise of marriage, nor shall any person abet or conspire such conversion,” the Bill says.

According to new law, any converted person, his parents, brother, sister or any other person who is related to him by blood, marriage or adoption or in any form associated or colleague may lodge a complaint of such conversion which contravenes the provisions, the offence is made to be non-bailable and cognizable.