SHREWSBURY, MA— Indian-American Dr. Jonjy Ananth, MD is vying for one of the two seats in the four-way contested race for Selectman in the Massachusetts town of Shrewsbury, whose Indian American population makes up a substantial portion of the population.

There are four announced candidates in Shrewsbury contesting for two seats. The election is on Tuesday May 7th from 7am-8pm.  People can contact the clerk’s office on 508-841-8507 if they are not sure if they can vote or where voting takes place.  They can also e-mail the clerk to get an absentee ballot at swright@shrewsburyma.gov.

The Office of Selectman in the Town of Shrewsbury manages a $150 million town budget and oversees all town departments including police, fire, utilities, cable, roads, and parks.  The Selectmen also appoint members of over 20 town boards and commissions.

If elected, Dr. Ananth would represent the first and only Indian American Selectman in Shrewsbury.

“Our ‘For the People’ Campaign hopes to achieve clean water, smaller class sizes, an end to school bullying, prevention of all school drug use including vaping, safer crossings, lower taxes, and less over-development in Shrewsbury,” said Dr. Ananth. “The Campaign has also received an offer of corporate sponsorship for a dog park in Shrewsbury and is committed to working with our administration to have it created for Shrewsbury residents.” 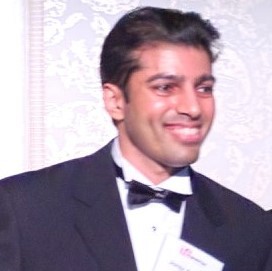 Dr. Ananth said that his campaign is advocating for more representation of issues raised by Indian Americans, such as more palatable vegetarian choices at school lunch, Indian vegetarian options for the senior meals on wheels program, and a community center.

Donations are accepted online at jonjy.com or by check made out to the “Ananth Committee.” For more information, interested individuals can visit jonjy.com to subscribe, donate, or volunteer.  or like/share/follow events and announcements at facebook.com/ElectJonjy.

Dr. Ananth is the state-wide Commissioner of the Asian American Commission for the Commonwealth of Massachusetts appointed by the Senate President. He is the principal and founder of Boston Mantra LLC, a health care start-up in Massachusetts in its incubator phase. He is also a Charter member of TIE-Boston, world’s largest not-for-profit network dedicated to helping startups grow with 60 chapters worldwide.

Dr. Ananth is the past elected President and Chairman of the Board for WCUW Inc. Worcester, MA. With over 700 members, 120 programmers WCUW broadcasts live on 91.3FM radio and streams online 24/7 to a worldwide audience at www.wcuw.org. He has hosted over 130 radio talk shows titled “Community Matters” airing on WCUW 91.3FM and streaming worldwide online at www.wcuw.org every Thursday 4.30 to 5.00pm. His talk show brings community-participation forum interviews with physicians, lawyers, CEOs, community leaders, and elected officials on all issues that impact the community. He also co-hosts several shows for “Saptaswar” an Indian music program on Sundays from 6-8pm.

Dr. Ananth was recently awarded a Senate citation “In recognition of his exemplary voluntary services to the Indian American Community” by Senate President Karen Spilka and Senator Michael Moore. India Society of Worcester recognized him for exemplary volunteering services as co-chair of ISW Crisis Committee (Dec 2018). In 2017, he received the YWCA “Great Guy Award” for demonstrating a commitment to eliminate racism, empower women, stand-up for social justice, help families and strengthen communities. He has been volunteering over 1000 hours a year in service providing culturally sensitive support to survivors of Asian American origin with his training in Trauma Informed Care.

In addition, he is a Justice of the Peace, elected Town member for Shrewsbury, Deputy Sheriff [Reserve] for Worcester County, Shrewsbury Constable, and Notary Public for the Commonwealth of Massachusetts. Dr. Ananth has been invited by several organizations as Chief Guest, Emcee and Keynote Speaker for public events–Emcee at TIE-Boston Charter Member Gala event, Dec 2018; Public speech at ISW Christmas, Dec 2018; Public speech as Chief Guest at Being Volunteer Foundation.