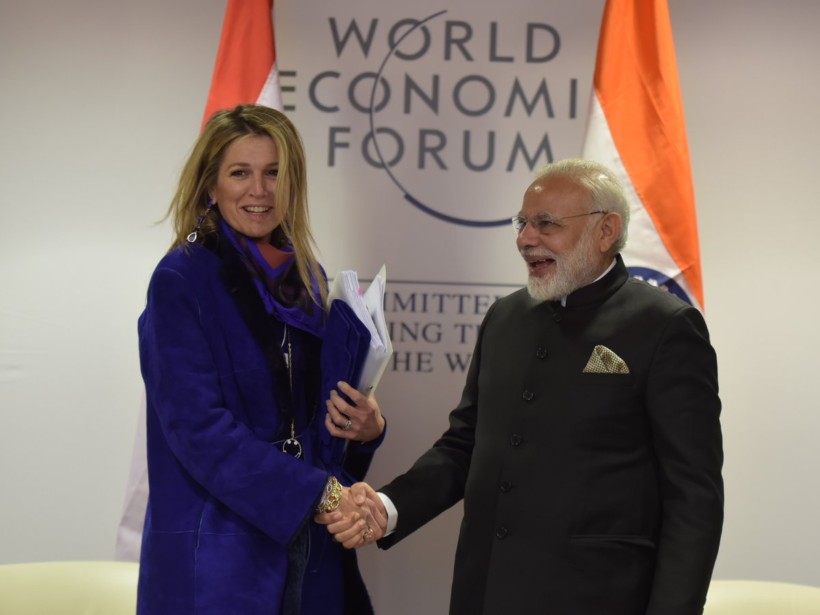 Davos– Pitching India as a predictable, stable and transparent investment destination amid global uncertainty and flux, Prime Minister Narendra Modi on Tuesday cautioned against the dangers of protectionism, rise in tariff and non-tariff barriers impeding global commerce and called for agile and flexible policies to match changing times.

Appearing for the first time in the annual meeting of World Economic Forum (WEF) in this alpine Swiss resort, he also enumerated the three biggest challenges before the world — climate change, terrorism and self centrism being practised by countries.

Addressing world leaders and global corporate honchos at the plenary session of the WEF — the second Indian Prime Minister to do so in 21 years — Modi took the opportunity to elaborate on the threat of terror that he said killed 25,000 people in 2016 across the globe.

“This challenge to humanity and security is badly affecting the development, peace and stability of the entire world. I say with full conviction that terrorism is bad in all its forms and facets. It is bad irrespective of its territory of origin or target of operation. 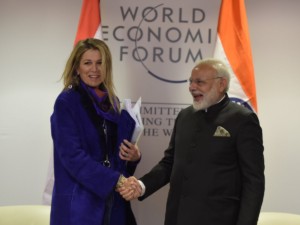 “We all must unite in fight against terrorism. India stands firmly with all such forces. I must also take the opportunity to appeal to all of you to see that such groups do not get money, arms and ammunition. It cannot be a good business to do business with such elements. We all know that without peace, progress and prosperity is not possible.”

He said it was painful to see youngsters getting radicalised and more dangerous than terrorism is “when people say there is a difference between ‘good’ and ‘bad’ terror”.

Referring to the fractures and faultlines at the international level that “are really frightening”, the Prime Minister said “the biggest reasons are control of territories — both direct and indirect — and control of transactions, including cross border trade and movement of people”.

The Prime Minister then spoke of the challenge of societies and countries that are becoming more and more self-centred. “It seems that globalisation is shrinking contrary to its name. Forces of protectionism are rearing their heads. They not only want to keep away from globalisation but also want to reverse the natural flow of globalisation.”

The result, he said, was that new types of tariff and non-tariff barriers have appeared and bilateral and mult-lateral trade negotiations have stopped, cross border investments have decreased in most countries and global supply chains have stopped.

“The solution to this distressing situation against globalisation is not in isolation. The solution is to understand the changes and to make agile and flexible policies to accept it with the changing times.”

“Democracy is not just a political system but a way of life and lifestyle in India which has diverse religions, culture, languages, dress and cuisine. Democracy in India just not nurtures diversity but also the hopes of more than 1.25 billion people.”

He said his government was functioning not for a limited class or section but for all.

“For development, our vision is inclusive, our mission is inclusive. This inclusive vision is the foundation of every plan, every policy of my government whether it is financial inclusion of bank accounts for all the poor and use of technology for direct benefit transfer to every needy.”

He said in the recent past, Indians have moved towards a less-cash society and a unified tax system in the form of GST.

“These two historic decisions happened one after the other in less than a year’s time. We are now a financial system which is fully prepared and integrated for digital transactions. All this has fulfilled our dream and your desire of India as one nation, one tax. It has also started a fresh journey towards a modern tax regime that is transparent, stable and predictable.”

He said over the last three years, India had particularly resolved a number of regulatory and policy issues facing businesses, investors and companies.

“Another good element of this reform process is that the states are also forthcoming. They have started competing for doing better and better. We call this process ‘competitive federalism’.

“In this direction, we have also undertaken bold FDI reforms. More than 90 per cent of the FDI approvals have been put on the automatic approval route. As a result of these changes, there has been a sharp rise in FDI in the past three years from $36 billion in 2013-14 to $60 billion in 2016-17.

Referring to the UN, Modi said the structure systems and practices of the post-World War II institutions created for protection of global economy and security don’t represent the dreams of today and needed to be reformed to reflect the current realities.