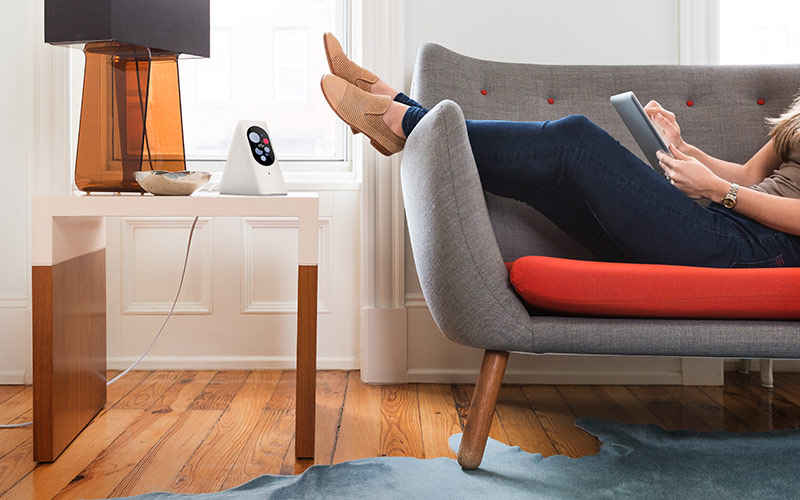 BOSTON–Chaitanya “Chet” Kanojia, who was forced out of his former company Aereo because of a Supreme Court decision, has launched a new startup: Starry Inc., which claims to usher in a new era of broadband connectivity, developing and deploying the world’s first active phased array technology for consumer internet communications.

Starry’s mission is to connect people and things, wirelessly, seamlessly and effortlessly with beautifully designed products and platforms. The company is re-imagining broadband access by developing an eco-system of products and services designed to simplify and improve your connected life, the company said in a statement.

“The future of connectivity is wireless and having simple, affordable access to an internet connection is imperative for every household and business,” said Kanojia. “But, far too many people don’t have a choice in how they access that connection. We set out to build an innovative alternative to wired broadband using millimeter waves and proprietary technology to deliver ultra high speed broadband to your home, wirelessly. With Starry’s technology, we can deploy and scale faster than traditional wired networks – at a fraction of the cost. This is how the networks of the future will be built around the globe.”

Starry has developed and is deploying the world’s first millimeter wave band active phased array technology for consumer internet communications, using that technology as a platform for rolling out a nationwide fixed wireless broadband network capable of delivering internet speeds of up to one gigabit, wirelessly to the home. Using a self-installation system, consumers will be able to buy Starry products directly and connect to the internet in minutes, without onerous contracts, data caps or having to wait for an installer.

Additionally, the company unveiled Starry Station, the world’s first ambient touchscreen Wi-Fi station, a beautifully designed smart home internet and Wi-Fi station that provides users with a window into their home’s internet health and device connectivity, all through an interactive 3.8” capacitive touchscreen. Starry’s launch was announced last week by founder and CEO Kanojia at the Helen Mills Event Space in Manhattan, NY.

Starry Internet will launch its first beta in the Greater Boston area in the summer of 2016. Additional cities will be announced throughout the year.

Starry Station will retail at $349.99 and people will be able to reserve at Starry.com until February 5. After February 5, Starry Station will be available for sale on Starry.com and pre-order on Amazon Launchpad, Amazon’s innovative program for startups. All orders will begin shipping in March 2016.
Founded by Chet Kanojia and the elite team of engineers that helped create Aereo, Starry is backed by a group of premier investors including FirstMark Capital, Tiger Global, IAC, KKR, HLVP and Quantum Strategic Partners.