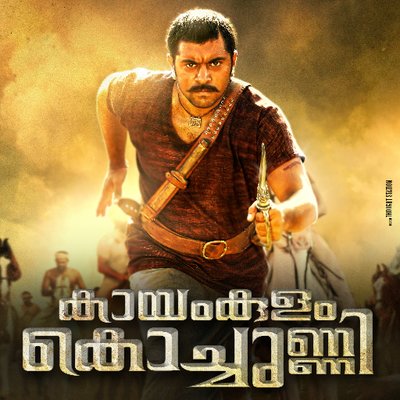 New Delhi– Nivin Pauly is awaiting the release of “Kayamkulam Kochunni”, touted as the most expensive movie made in the Malayalam film industry. He is also looking forward to soon making his debut in a Hindi language film. The Malayalam star believes that all the actors should challenge themselves by crossing boundaries and acting in languages that they are not fluent in.

The Kochi-based actor made his acting debut in 2010 with “Malarvaadi Arts Club” and went on to star in Malayalam movies like “Thattathin Marayathu”, “Bangalore Days” and “Premam”.

Though his primary focus has been Malayalam cinema, he also tried his hand at Tamil films by starring in “Richie” and “Neram”, which was made in Tamil and Malayalam. He is currently dubbing for Geetu Mohandas’ bilingual film “Moothon”, which will be released in Hindi and Malayalam.

He isn’t the first Malayali actor to step out of Malayalam film industry. His seniors like Mohanlal as well as contemporaries such as Dulquer Salmaan and Fahadh Faasil have also shown their acting skills in other film industries like Tamil and Hindi.

“The language part is always challenging. For a Malayali actor, it won’t be that comfortable to do a film in Tamil, Telugu or Hindi. I believe we should push ourselves by crossing boundaries. I think every actor should attempt that in their career,” Nivin told IANS in a telephonic interview.

“There is one blessed career that God gave us and we shouldn’t be sitting in one place and getting comfortable. There is no harm in trying something new.”

It’s not like he doesn’t get to do challenging projects back home. He will be seen starring in a period film for the first time.

“‘Kayamkulam Kochunni’ was one of the most challenging films. There are lots of action sequences. I had to learn horse riding… something I had never done before. So, a lot of effort and time went into it,” said the actor, who will turn 34 this month.

The Rosshan Andrrews directorial is based on a highway thief, who was considered to be the Robin Hood of Kerala in the 19th century.

“It just happened to be the most expensive film in Malayalam. We have recreated a period character in Kerala — Robin Hood of Kerala. So, the director wanted to portray it on that scale.

“Films from other industries are so big and people have received them wholeheartedly. People in Kerala love to watch big scale films. So, this is an attempt at that. It has never happened in the Malayalam film industry. The industry is relatively small. So, the film’s budget of Rs 45 crore is quite high for Malayalam cinema. We believe that it has come out well,” he said.

He even gained weight for the film, which was shot in Kerala and also in Mangaluru, Udupi, Goa and Sri Lanka in nine months.

“We have to gain or lose weight, learn so many things for a film like this. Since it’s a big film, I have to give my 101 per cent to it,” said Nivin.

“That (acting with Mohanlal) was the best experience of my career. You know how Mohanlal and Mammootty are for people in Kerala. So, for a guy who doesn’t have a film background, joins the film industry and gets a chance to share screen space with Mohanlal Sir is something else.

“He was there with us for around 12 days for the film. Every day we got to learn something from him. Those 12 days are the most memorable days of my career.”

Asked what he learnt from the star, he said: “He is very professional in terms of acting, which we have to be. The timing he comes on set, how he behaves, his enthusiasm and a lot of other things.”

Back in 2014, there was a reference of Mohanlal in his film “Bangalore Days”. And now, acting with him, was naturally a “dream come true” moment for Nivin.

The film also has Bollywood names like Shreya Ghoshal and Nora Fatehi attached to it. Has he ever considered acting in a Bollywood film?

“Yeah. Offers used to come. ‘Moothon’ will be my debut in Hindi. I am just waiting for the release of that film… then let’s see,” he said.

Right now, he is only praying for the success of “Kayamkulam Kochunni”.

“We believe that people of Kerala will accept the film. It is very close to our hearts. We want people to be proud of it and hope such big films happen in the future. This is the first step towards it,” he said.

It will hit the screens across India on October 11, which also happens to be his birthday.

“I just want this movie to do well,” concluded Nivin. (IANS)