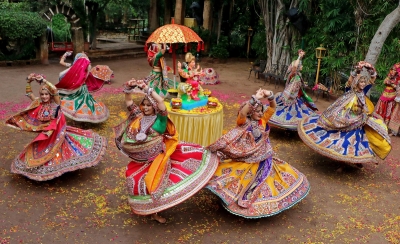 It is the celebratory mood in the film industry, in the exhibition trade as well as production sector besides all those allied with these two. Yes, it is the traditionally Indian festival period in the country starting August. Soon, the Navratri celebrations begin to be followed by the biggest festivals of them all, Diwali.

But, the festive mood, which was missing so far in the film trade has set in already. And, the reason for the festive mood is the announcement by the Maharashtra Government to ease the lockdown norms on cinema halls with effect from Oct 22, a fortnight before the Diwali festival. And, that is a big reason to celebrate.

Almost all Indian states had given the go-ahead to the cinemas to reopen, albeit, with conditions to counter the pandemic. The conditions are a bit stiff but necessary and may not be the most conducive for the release of a film and its box office prospects. But, these conditions commonly apply to all the cinemas across all the states.

The filmmakers seem so relieved with this announcement of the Maharashtra Government, that they got active immediately and started announcing their release plans one after the other. So far, the release dates of a dozen and half major films have been announced, some wanting to take advantage of the Diwali week while some others have spanned out to coincide with other opportune holiday weeks.

The cinemas, even the multiplex properties, had to either repeat the old films or some gap fillers with no face value at all! The films ready for release at that time were mostly big budget films and the producers did not quite comprehend how the film would recover the investments with 50 per cent capacity and other stringent rules imposed. But, most of all, it can be attributed to instincts (film industry, especially the filmmaker, depends a lot on instincts, the inner voice).

How come the producers who lacked the confidence and decided to hold back their films during the last lockdown withdrawal between the two waves of the pandemic are so forthcoming now? It is because of the go-ahead given by the Maharashtra state. Why does the Maharashtra state make so much of a difference? It is because, coupled with Gujarat, the Bombay Circuit, which included the whole of Gujarat and most parts of Maharashtra, are the most lucrative for a film’s box office. To release a film with 50 per cent occupancy and without the Bombay circuit at that would spell disaster.

Though the unlocking conditions remain stiff, the enthusiasm of both, the production sector as well as the cinemas, is the same. The air is positive. How does one make that out? It may sound like being on overdrive, but since the day of the announcement by the Maharashtra Government, the production houses have been on a release slot announcement frenzy.

The state government news came on the evening of Sep 25. Yash Raj Films was the first to announce dates for the banner’s four films which have been ready for release, awaiting easing of lockdown norms. Not to be held back, release dates of as many as 15 more films were made in one day, Sunday, Sept 26! As of now, release dates have been announced not only for the remainder of the 2021 but also for most of 2022.

Looks like the film trade is bent upon on reviving itself this time. After all, 18 months of closedown can be ruinous and sooner the industry is back on track, better for all concerned.

During the last unlock, not only the filmmakers, but also the people seemed reluctant to visit cinema halls, as they are enclosed spaces. The initial stage of the Covid-19 pandemic was bad, had accounted for many causalities and the media reports everyday were not at all conducive to stepping out of the house, let alone venture into a cinema hall. Besides, the few films that were screened by the desperate cinema halls, were not worth the while even for normal times.

People did not miss cinema, the OTT platforms made sure they did not. What happened was that the major OTT platforms like Netflix and Amazon, which have been around in India since 2016, gained popularity during the lockdown. Also, many more OTT platforms sprang up during this time. The people looking for an alternative to cinema found a treasure trove of entertainment content from all over the world on OTT and, not to let people miss cinema, these platforms started buying premiere release film rights of Indian movies.

As things are coming back to normal now and many trades and industries are back in business with the masses back on the streets, the lockdowns are a forgotten thing as the only precaution still insisted upon is a mask.

Outside of cinemas and on the streets, there is no obvious sign of any restriction.

However, for cinemas, it will be different as they will have to follow stringent norms even now. A list of the elaborate protocols to be followed by the cinema managements is in the works and will be released by the state government soon.

The most damaging of these is the permission for only 50 per cent of the seat capacity to be sold (every alternate seat to be left empty). After all, what is the fun of watching a big bill film like Sooryavanshi unless the house is full?

With this 50 per cent restriction, It will make more business sense for the cinemas to engage big films across all the screens on a property and can’t have two films vying for the same release date.

For those who think they need a break from the OTT bingeing and return to the good old cinema experience, here is the release line-up with dates of films announced so far (Courtesy Atul Mohan, editor, Complete Cinema.)