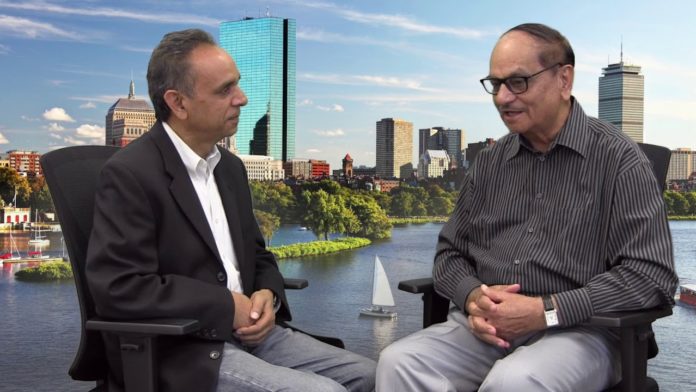 BOSTON—India’s first Hindi cricket commentator Ravi Chaturvedi has dominated Indian airwaves for half a century, has covered 116 Cricket Test matches and 220 One-Day Internationals, or ODIs, in cricket. He has written about two dozen books on cricket, and in 2012 was honored by the Government of India with the prestigious Padma Shri award.

“Ravi Chaturvedi has been a legend in the world of cricket. Over the course of about half a century, he achieved fame as the Star Commentator in Hindi of the international games of cricket,” said Lexington, MA resident Puran Dang who has known him since their Delhi University days. “His commentaries have been the voice of the most memorable games of the world. The players of international repute were his close friends. He has authored books on his experiences and personalities of cricket.”

Mr. Chaturvedi recently visited the Caribbean to meet cricket legends and players. He called his recent visit a “Pilgrimage.”

While returning from the Caribbean, Mr. Chaturvedi sat down for a Face-to-Face interview with Upendra Mishra and to talk about his favorite topic: cricket and cricket players.

Mr. Chaturvedi became India’s first Hindi cricket commentator after joining All India Radio in 1961. He also served as a professor of zoology at Delhi University for 40 years.