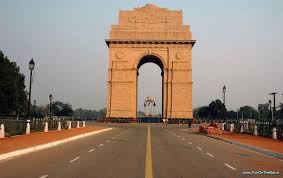 New Delhi–A total of 2,057 foreigners were arrested across India in 2015 for various criminal offences with Delhi figuring second in the list of arrests after Maharashtra, according to ‘Crime in India’ report 2015 released by the National Crime Record Bureau (NCRB).

The data showed a rise in the number of arrests of foreigners as the corresponding figures for 2014 were 1,843.

Of the 168 foreigners arrested in Delhi in 2015, three were held on charges of murder, six for rape, seven for cheating, 54 for forgery, 11 under the Narcotic Drugs and Psychotropic Substances Act, 32 under the Foreigner Act, 10 for Arms Act and 45 for “other” crimes. Last year, 195 foreigners were arrested in the national capital.

In Maharashtra, 176 foreigners were held for various offences in 2015. The number was 102 in Karnataka and 69 in Goa.

A total of 185 foreigners were held for committing “other” crimes.