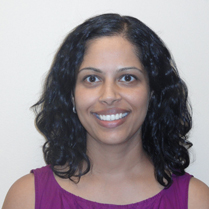 CAMBRIDGE, MA–Although most people have heard about breast cancer, many don’t realize how common it is and often forget the steps needed to diagnose it early.

Breast cancer is the most common cancer in women worldwide. It is the second leading cause of cancer death in women, exceeded only by lung cancer. A woman living in the US has a 1 in 8, or 12%, chance of developing breast cancer during her lifetime. Every year, there are over 200,000 women in the US who are diagnosed with invasive breast cancer which is an abnormal growth of cells anywhere in the breast.

An additional 60,000 are diagnosed with in situ breast cancer which is the earliest form of breast cancer and involves an abnormal growth of cells that remains within the milk ducts and has not invaded the surrounding tissue. Breast cancer accounts for 29% of all newly diagnosed cancers in women living in the US.

Any adult woman in the world, and some men, can get breast cancer. It is most common in non-Hispanic white women and least common in Asian women. However, rates within certain Asian countries, including India, have been increasing. The incidence of breast cancer increases with age with most being diagnosed between the ages of 60-70 in the US. In India, the age at diagnosis is much younger, occurring most often between 40 and 50.

Women with a personal or family history of breast cancer or a genetic predisposition to breast cancer, such as BRCA1 or BRCA2, have a significantly higher risk of developing the disease. Certain types of postmenopausal hormone therapy also increase risk. There are many other factors that are thought to increase risk including the start of menstruation before age 12, menopause after age 55, first pregnancy after the age of 30, obesity, lack of physical activity, alcohol consumption, smoking, use of high estrogen oral contraceptives, dense breast tissue as seen on a mammogram, and possibly environmental factors. However, most breast cancers occur spontaneously in women with no risk factors.

Breast cancer usually produces no symptoms when there is a small invasive tumor or an in situ tumor, which is when it is most treatable. There is an almost 100% chance of survival when the tumor is diagnosed early. The only way to diagnose a breast cancer at this stage is by mammography. The American Cancer Society recommends screening mammography every year beginning at the age of 40. Women who are at high risk for breast cancer due to genetics or a family history should see a breast specialist and may be referred for additional screening, such as breast MRI.

HEALTH TALK: Breast Cancer: To Screen or Not to Screen