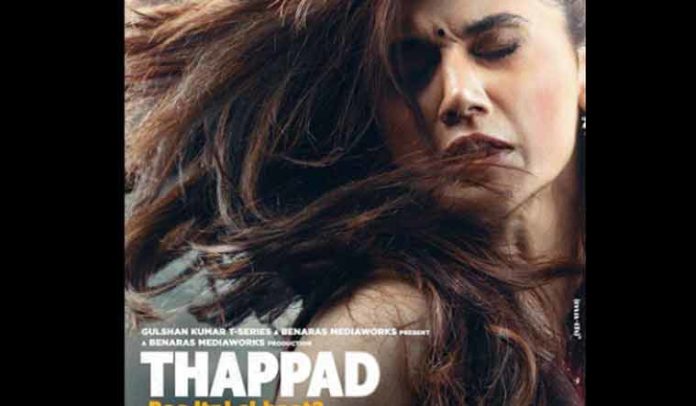 Although the film managed just over Rs 22 crore till its second Saturday, Sinha has declared that is “exactly what I thought it’ll do — making money”. While “Thappad” is yet to be declared a hit despite starting an important conversation, other women-led movies this year so far — like Deepika Padukone’s much publicised “Chhapaak” and the Kangana Ranaut-starrer “Panga” — are far from successful at the box office, too. The grim “Chhapaak”, managing a paltry Rs 32.48-crore haul since its January 10 release, has been declared a losing proposition, according to the trade website koimoi.com. “Panga” failed to cash in on Republic Day zest, earning only Rs 25.64 over the past weeks since its January 24 release. The film has been declared a flop.

The bright side is the slow show of these films is not dampening the enthusiasm of filmmakers as well as Bollywood buffs. The next few months overflow with interesting projects that cast spotlight firmly on the female protagonist, and celebrate Indian womanhood across societal strata.

Among the most talked-about female-centric projects this year is “Shakuntala Devi”, a biopic of mathematics wizard Shakuntala Devi that casts Vidya Balan in the title role. “I want bigger openings than them (the male superstars),” the “Kahaani” actress had said with a laugh earlier this year, adding: “I am greedy. I think it’s very interesting time in Hindi cinema. I really look forward to this decade. As a female actor at the age of 41, I am amazed at the variety of roles and kinds of films I am being offered.”

The Janhvi Kapoor-starrer “Gunjan Saxena: The Kargil Girl” will show that sky is the limit for women. It is a biopic of Indian Air Force combat pilot Gunjan Saxena, who entered the war zone during the 1999 Kargil War.

Psychological suspense will be the mood for Parineeti Chopra, when she returns to the Bollywood screen, with her starring role in “The Girl On the Train”. The film, also featuring Aditi Rao Hydari and Kirti Kulhari, is a remake of the 2016 Hollywood thriller of the same name, which in turn was adapted from Paula Hawkins’ 2015 novel of the same name.

After featuring in one of the biggest blockbusters of 2019 – “Kabir Singh”, actress Kiara Advani will lead the cast of “Indoo Ki Jawani”. It will definitely have more scenes and dialogues than what was given to her in “Kabir Singh”, which was slammed for its “toxic masculinity”.

Kangana, who never wanted to be a “hero’s sidekick”, will be seen as late former Tamil Nadu chief minister J. Jayalalithaa in the latter’s biopic “Thalaivi”. The actress also has “Dhaakad” which Kangana had defined as a “one of a kind female-led action film”.

Sanjay Leela Bhansali’s “Gangubai Kathiawadi” will have Alia Bhatt as its protagonist. According to reports, the film revolves around a brothel owner and matriarch.

The year 2020 surely looks like it will belong to the heroine in Bollywood. (IANS)