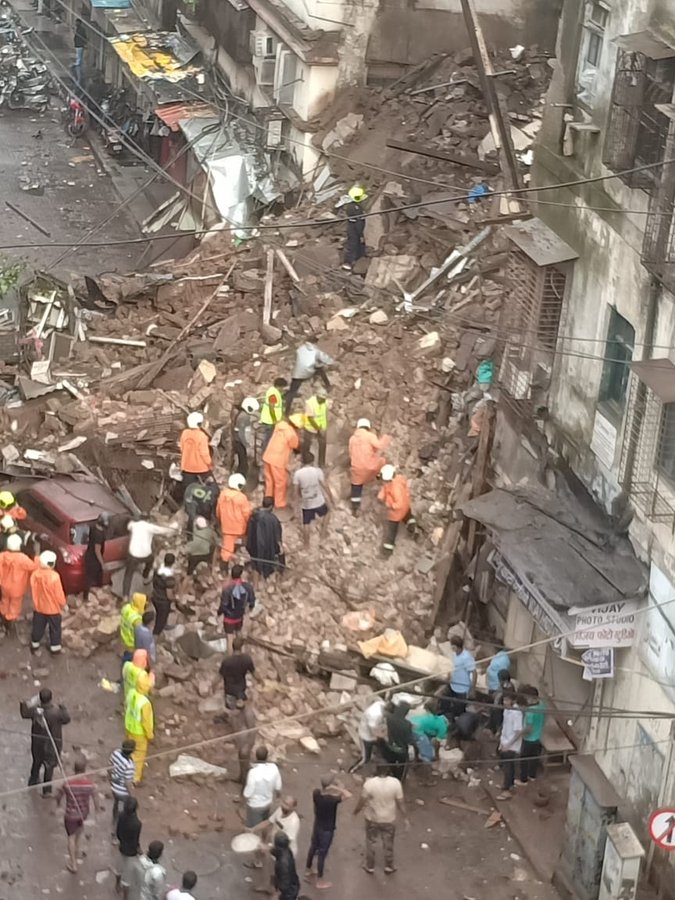 Mumbai–Two persons were killed and 15 others rescued from debris of two buildings that crashed in the city and its suburbs on Thursday afternoon, the BMC Disaster Cell said. A few others could also be trapped, it added.

In the first case, two persons were killed and 13 others were dug out of debris of a three-storied tenement that crashed due to heavy rains at Malvani in Malad West.

Four-five persons are feared to be trapped there. The Mumbai Fire Brigade and disaster teams are trying to rescue them.

The victims have been identified as 23-year-old woman Anjum S. Shaikh and an 18-year- old Faizal W. Sayyed.

The rescued people were treated for minor injuries and discharged by Hayat Hospital nearby.

In the second accident, the rear part of a five-storied Bhanushali Building collapsed at the Fort in South Mumbai due to rain, which lashed the city since the past four days.

The MFB and other rescue agencies rushed to the spot, helped evacuate other residents of the building and rescued 2 persons from the debris. Eyewitnesses said some others might be trapped under the rubble.

The BMC said the building, which was undergoing repairs, had been evacuated. But some persons continued to live there.