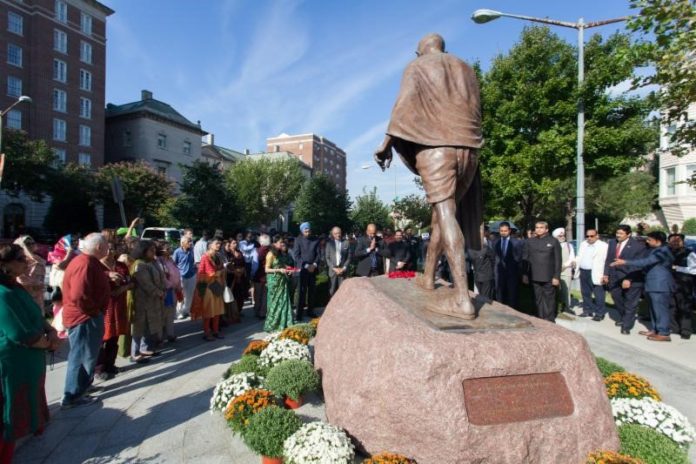 Washington, DC–The 149th Birth Anniversary of Mahatma Gandhi was celebrated at the Embassy of India, Washington DC on October 2, 2018. The event started with Ambassador Navtej Sarna paying floral tributes to the statue of Mahatma Gandhi located outside Embassy premises.

On this occasion, Ambassador released special commemorative postage stamps issued by Department of Posts, Government of India, to mark 150th Birth Anniversary of Mahatma Gandhi. A quiz on Gandhi was launched by Ambassador through the Embassy of India twitter handle. Ambassador also addressed the gathering.

This was followed by a brief cultural programme comprising of rendition of Gandhi’s favorite Bhajans. The event was attended by more than 200 guests.