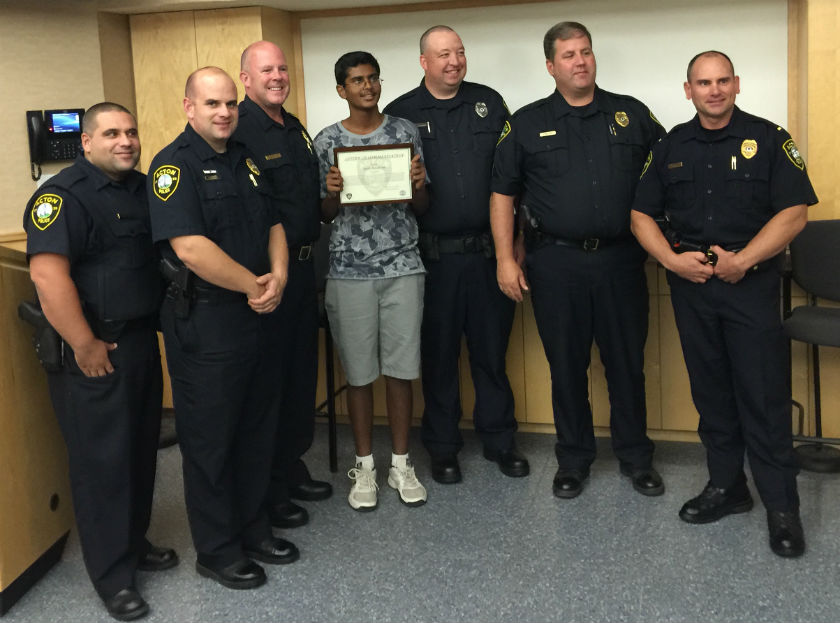 ACTON, MA—Anish Sundaram, a 14-year-old Indian-American boy from Acton, MA, received a commendation for heroic action and bravery from the Acton Police department on Wednesday.

Anish was calling out to his Dad who did not respond, Dr. Sundaram said.

“At that point, Anish  called 911, got off the car and physically restrained him and prevented him from driving any further in his confused state and held him down till the police arrived,” Dr. Sundaram said. “He then provided the responding police Officer David Joachim all details when he arrived.”

The Acton Police Department decided to award Anish a commendation certificate and a Police Challenge Coin for bravery and heroic action. The ceremony was held at the Acton Police station on Wednesday, Aug 31. Local police officers and family of Officer Joachim who nominated Anish were present including Deputy Chief of Police Richard Burrows.

“His ability to remain poised while maintaining control of a dangerous situation shows great character, selflessness and maturity,” said the Letter of Commendation. “The Acton Police Department is grateful for your assistance and wishes to extend our gratitude for a job well done.”

Anish is 14-year-old and a Freshman at Acton Boxborough Regional High School. He loves to play tennis, basketball, piano and sing pop songs. He is interested in nutrition and finance.

“We are so proud of him and thank Officer Joaquim and the Acton Police Department for this honor,” said Dr. Sundaram. 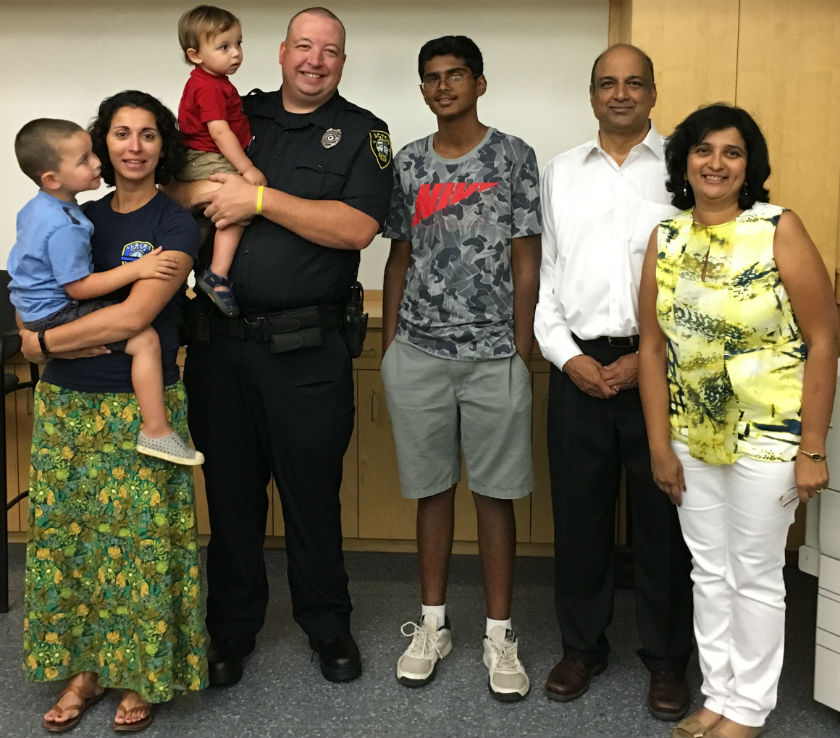