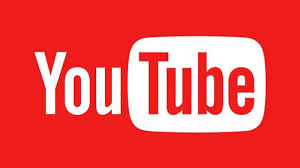 Washington– Google-owned YouTube shut down the comment section on its livestream of a congressional hearing on white nationalism after it got filled with hateful comments.

Many of the comments on the livestream expressed anti-Semitic views or decried multicultural societies while others expressed white pride, the CNET reported on Tuesday.

Facebook’s public policy director Neil Potts and Alexandria Walden, counsel for free expression and human rights at Google, had on Tuesday appeared before the US House Judiciary Committee to discuss the role of the platforms when white nationalism is on the rise.

Both companies have been under mounting pressure to combat hate speech following a string of hate-ridden events. They have also been accused of fuelling white supremacy.

The flood of toxic comments on the livestream during the congressional hearing demonstrated the difficulty tech companies, which often rely on users to flag inappropriate comments, face while monitoring activity on their platforms.

“Due to the presence of hateful comments, we disabled comments on the livestream of today’s House Judiciary Committee hearing.”

Potts told the committee that it is not “simple” for the world’s largest social network, with over two billion users worldwide, to decide which posts it should keep and which it should pull down, because of the huge amount of information that flows through the site.

Echoing the remark, Google’s Walden said that removing hate speech can be complex because content may be offensive but not violate YouTube’s policies against hate speech or incite violence.

It is also contentious because there are disagreements on where to draw the line between political speech and hate speech, the report noted.

“Overaggressive enforcement can also inadvertently silence voices that are using the platform to make themselves heard on these important issues,” Walden said.

When asked if their sites were neutral platforms or editorial publications, Potts said Facebook is a tech company, while Walden said Google’s YouTube is a “free and open platform” for users to upload their own content, the report noted. (IANS)