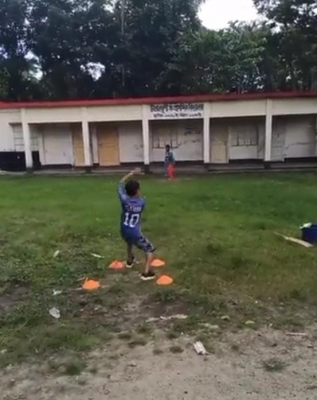 New Delhi– Legendary cricketer Sachin Tendulkar has shared a video on his Twitter handle in which a kid can be seen bowling brilliant leg-spin.

While sharing it, Tendulkar wrote that he has received it from his friend and by seeing the viral video of the young leg-spinner the ‘love and passion this little boy has for the game is evident.’

The kid can be seen bowling leg-spin and bamboozling the batters back-to-back. It can be seen that several people faced the leg-spinner but none of them were able to execute a convincing shot. The kid also hit the stumps a couple of times. The video also shows that the young kid also has googly in his bowling arsenal.

“Wow! Received this video from a friend… It’s brilliant. The love and passion this little boy has for the game is evident,” Tendulkar wrote.