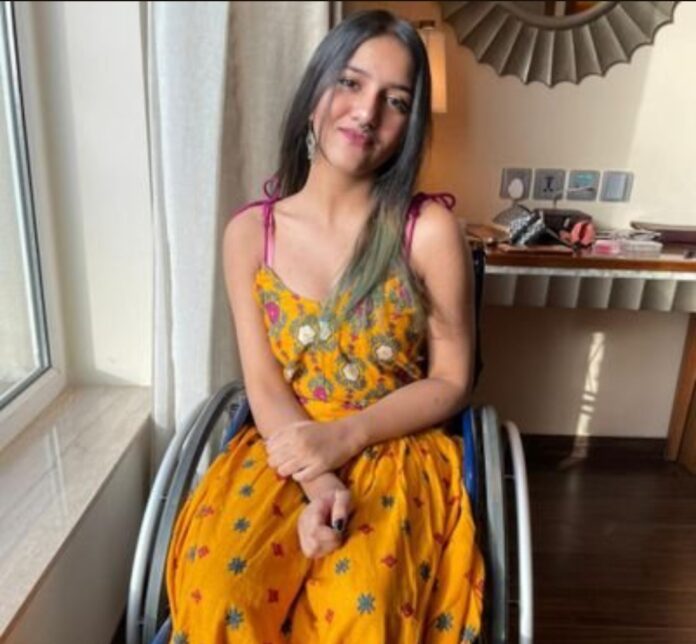 Gurugram– A Gurugram restaurant faced huge outrage on social media after the staff denied entry to a 22-year-old disabled woman in a wheelchair.

The disabled person has been identified as Shrishti Pandey, a resident of Delhi.

The woman tweeted: “The staff first ignored me but later said that the wheelchair won’t go inside, because it will disturb other customers.”

The woman further said, “Why do I always have to fight for the smallest of things? Why was I DENIED entry in a public place? Who are they to deny my entry just like that?”

“Should I stop going out at all only then? Because I don’t belong with others. Because I’m a “disturbance” for others. Because their moods get “ruined” after looking at me. I am heartbroken. Sad. And I feel disgusted,” Pandey tweeted.

The series of tweets have now gone viral.

Goumtesh Singh, founder-partner of Raasta restaurant, has apologised for the incident. He said, “We are deeply regretful of the episode that took place at raasta gurgaon on friday evening. We stand for inclusivity and would never want anyone to feel singled out for any reason. As part of our efforts, we have already reached out to the aggrieved patron to personally apologise to them. We are also taking steps internally to heighten sensitivity and empathy for our staff to ensure this never happens again.”

The Gurugram police have also responded to the tweet seeking details for swift action. (IANS)