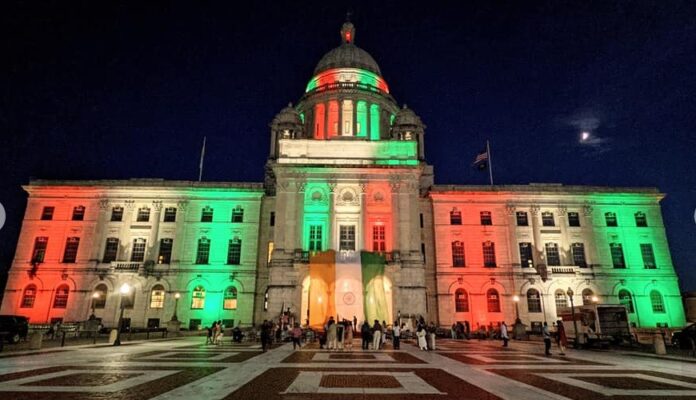 PROVIDENCE, RI—With the state house wrapped in tricolors, the state of Rhode Island celebrated India’s 75th Independence Day this weekend. Attended by Rhode Island Governor Daniel Makee, other state official and members of the Indian-American community, the event was organized by the Federation of Indian Association, New England and Indo-American Community with other partner organizations. (Photos: RV Photography) 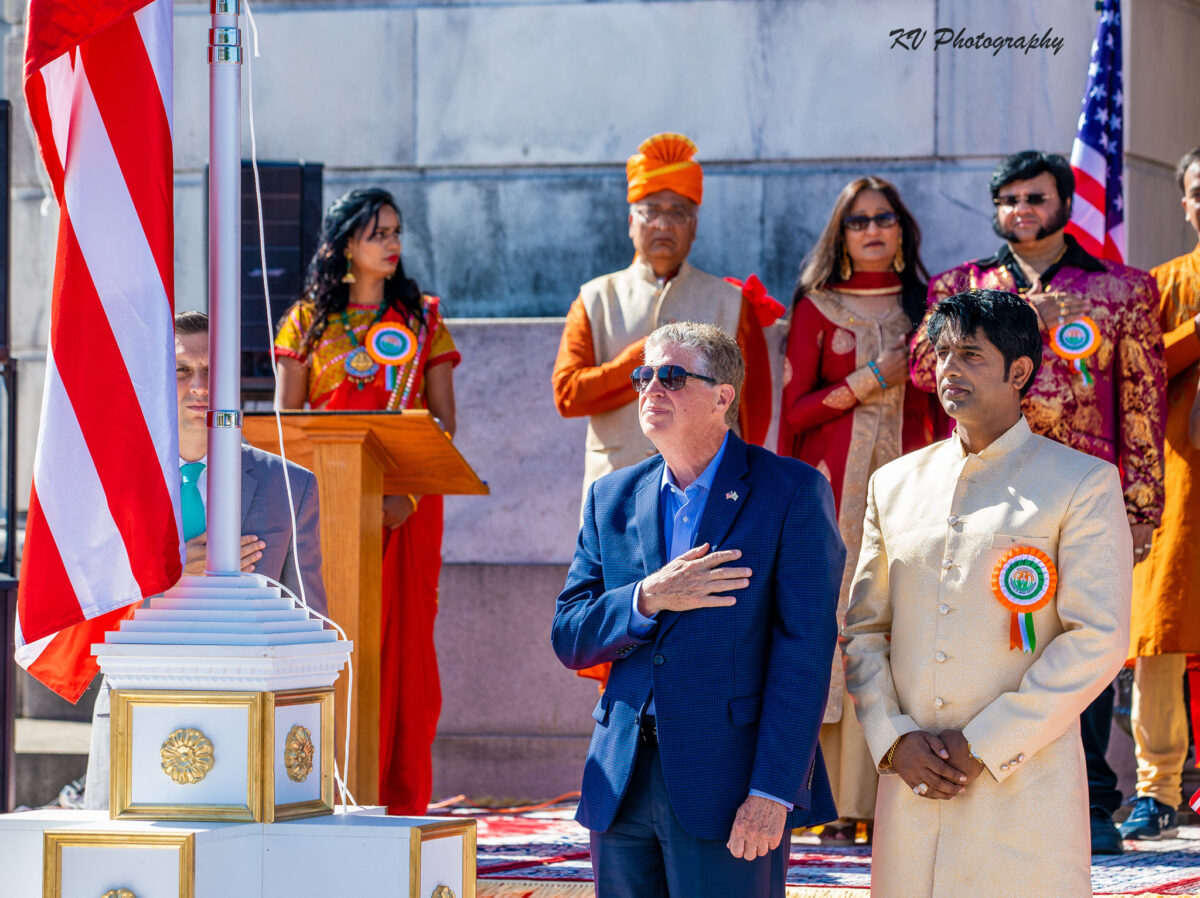 “It is a proud moment for all of us. On behalf of the Indian diaspora and FIA fraternity, I express my heartfelt gratitude to the Honorable Governor Daniel McKee to accept our request to be the chief guest,” said FIA New England President Abhishek Singh. “India has come a long way in the last 75 years and has moved into the future as a strong, resilient democracy. And the relationship between the world’s two biggest sister democracies is more important than ever.”

The 75th Independence Day of India was celebrated with great favor by the Indian diaspora in Rhode Island. It was a historic celebration starting on the evening of Aug 14, as it was for the first time in the history that the entire Rhode Island State Capitol Hill Building was lit up in Indian tricolor. It was also the same time when Indian Prime Minister Narender Modi was hoisting the national flag of India at the Red Fort in New Delhi.

For a bystander, it was a magical moment to see the huge expanse of the building being light up. Air echoed with the vibrant sound of a musical band, which played patriotic and inspirational songs in full rhythm. The premise was opened for the general public to be a part of the celebration.

FIA received a congratulatory message from Mr. Modi, the Defense Minister of India Rajnath Singh, BJP National Chief JP Nadda on such a grand celebration of India’s Independence in the United States. It was recognized by the government of India for playing a pivotal role in strengthening the relations between India and USA and expected that it continued doing the same in future. 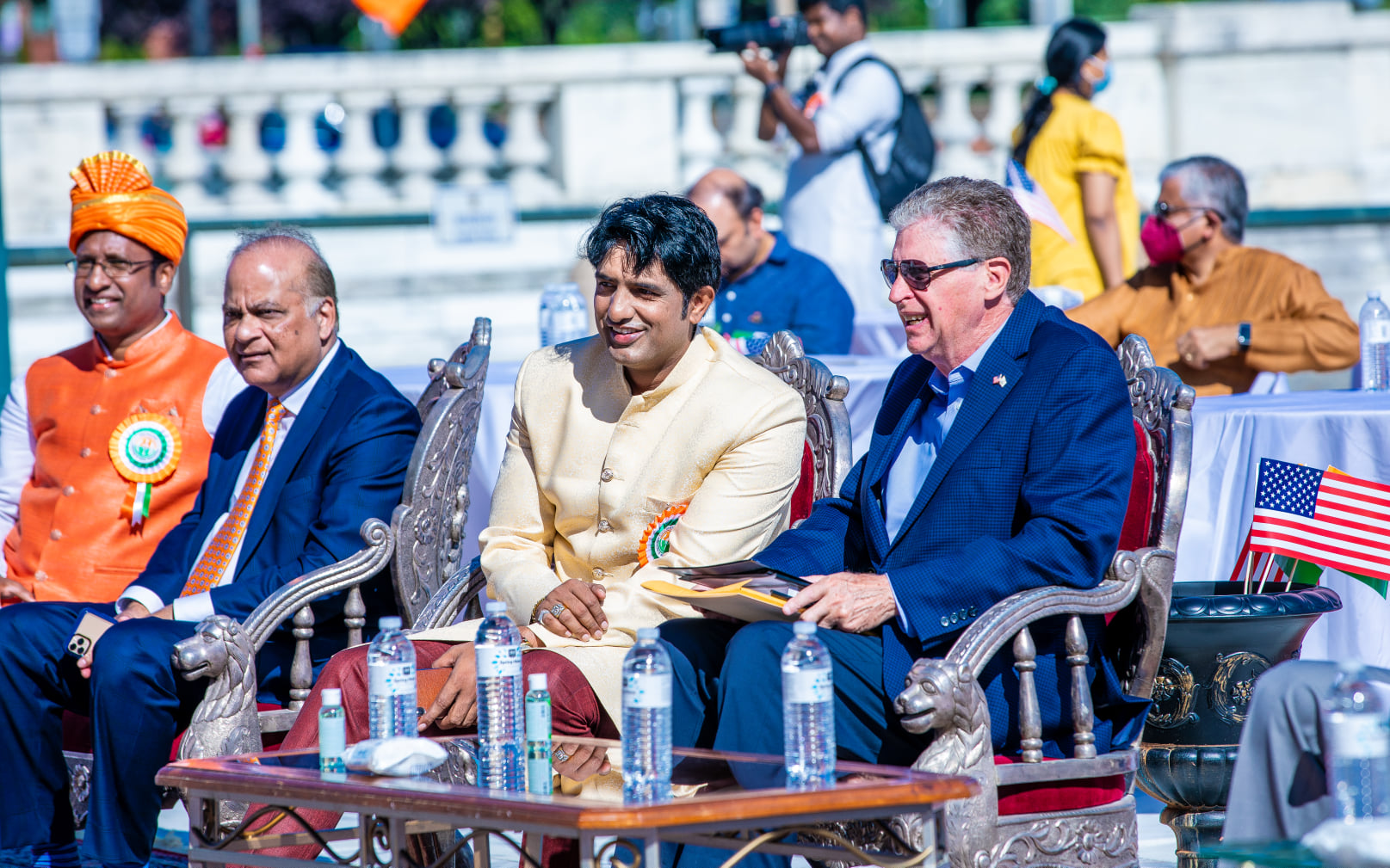 On August 15, a crowd gathered outside the Rhode Island State House Building to celebrate India’s 75th Independence Day. Governor McKee, Rhode Island state treasurer Seth Magaziner along with other dignitaries were invited for the mega celebration. Governor McKee inaugurated the event by solemn hoisting of the American and Indian flags. 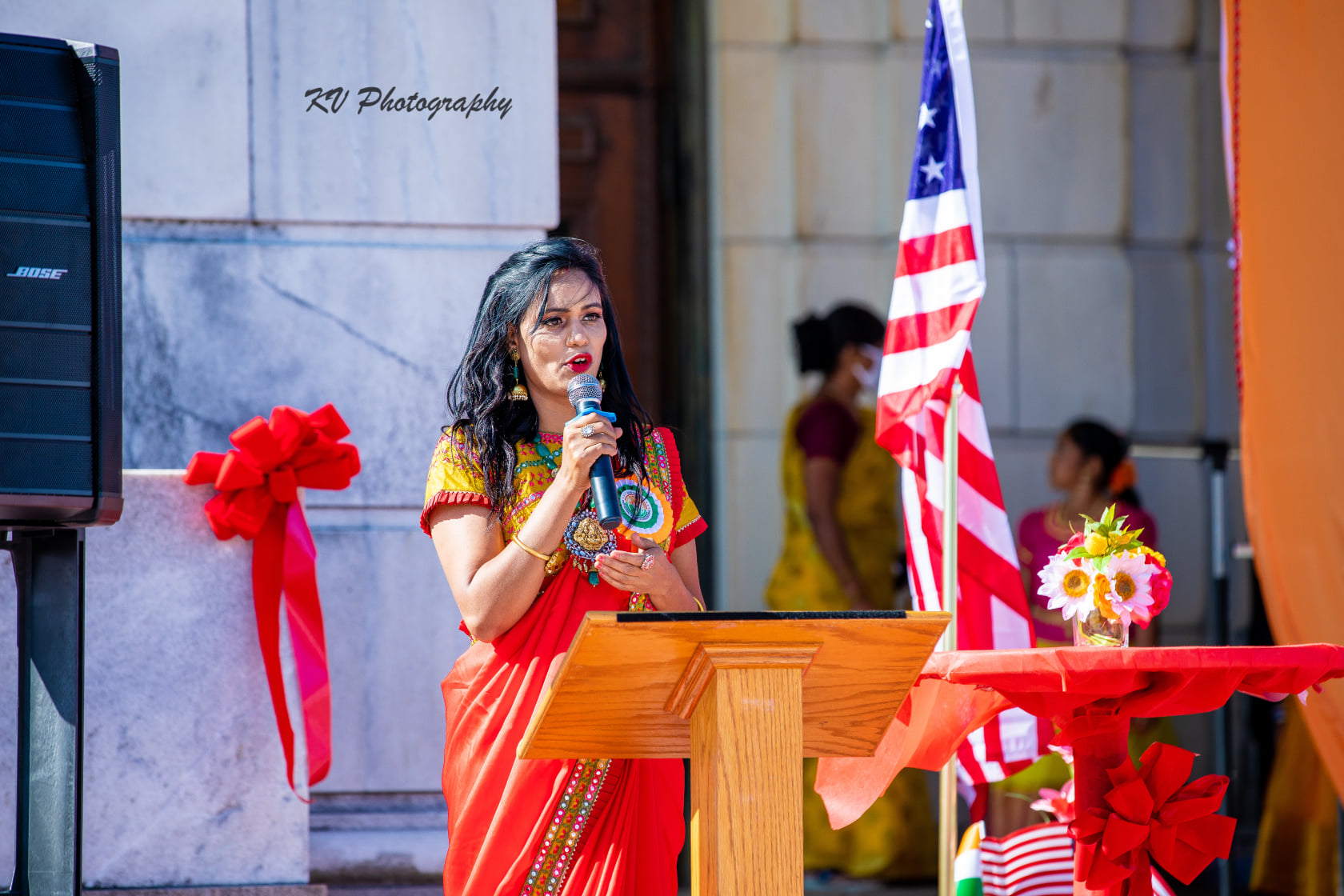 It was heartening to see children enthusiastically lined up on the red carpeted podium to sing in honor of both nations. Everyone joined in the chorus to sing the National Anthem of the United States and India.

Governor Makee recognized the diverse culture and social-economic contribution that the Indian community has made to the USA, and is still continuing to do the same. He said, “As it is known far and wide, India’s journey toward Independence was driven by its unwavering belief in democracy, truth, non-violence and tolerance. These principles continue to inspire people and nations around the world.”

Several renowned professors and prominent figures of the Indian diaspora in the area participated on the occasion to share a poignant connection between the history of India and the USA. They went on to share the alluring similarities between the geographies of India and Rhode Island, the National flags of India and USA and the diversity of people and culture that has shaped the socio-cultural strata of the two oldest and biggest democracies of the world. 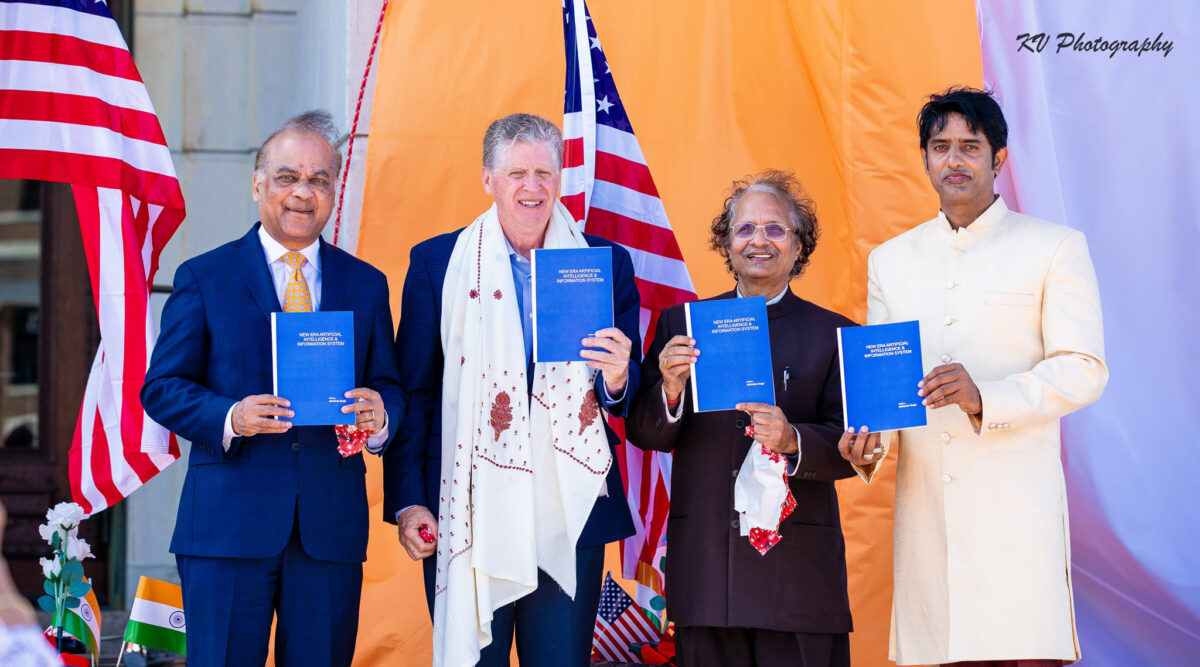 There was a recognition award ceremony on the occasion of India’s Independence Day. The entire FIA fraternity was recognized by the Governor of Rhode Island, for their commitment and dedication to the Indian-American community in the area of community service.

Besides, children and senior citizens were also awarded with a plaque and citation by the Rhode Island Governor, for their outstanding efforts in public service. It was a proud moment for the parents to walk the red carpet with their promising young children. Cultural programs and food were other highlights of the day that kept the crowd engaged and entertained.