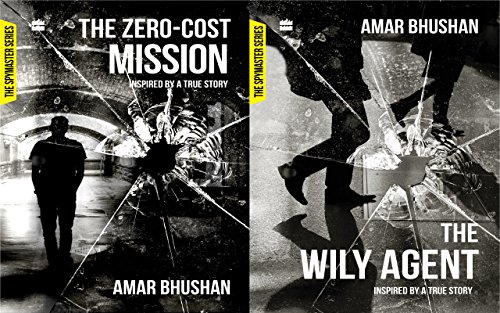 Spymaster Amar Bhushan’s first book, “Escape to Nowhere”, based on the defection of a senior RAW officer to the US, was so racy that I still rate it as the best work of fiction I have read after the celebrated “The Day of the Jackal”. A gifted writer, Bhushan has now come with a two-story fictional work based on the exploits of the Indian intelligence in Bangladesh that is simply unputdownable.

A Bangladeshi diplomat who was on the payroll of RAW in New Zealand is transferred back to Dhaka where he decides to continue his relationship, for monetary considerations of course, with the Indian intelligence. But he runs into RAW bureaucracy until an officer who realises his potential steps in.

What follows is drama at its best as the Bangladeshi, not new to the world of spying, not only piles one classified document after another in the hands of a startled RAW but also introduces the Indians to others in the government ready to spy. The merry game goes on until the Bangladeshi counter-intelligence gets wise and the traitor is caught, jailed, tortured and sacked. A grateful Indian intelligence quietly funds his family so that they don’t starve and is also able to fight the arrested man’s legal battle.

“The Zero Cost Mission” is the account of an audacious RAW operative who requests a Kolkata-based, politically well-connected Bangladeshi to finance an operation (because RAW is not ready to give him the money he wants) that will involve targeting the anti-India Jamaat-e-Islami and its patron, the Pakistani intelligence. The Indians know that the Jamaat and the Inter-Services Intelligence (ISI) of Pakistan are using madrassas that have sprouted along the Indo-Bangladesh border to infiltrate terrorists into India. And the Jamaat is not willing to mend its ways despite polite requests.

After just one visit to Dhaka, the RAW operative executes a deadly plan that startles even his seniors as bomb attacks take place on Jamaat offices and madrassas (used as launching pads to infiltrate terrorists) in Dhaka and elsewhere. An ISI safe house in Dhaka is also bombed. The Awami League, when it comes to power, cracks down hard and hangs the Jamaat leader. And in what may not be a coincidence, those who had been jailed by the Nationalists but helped the RAW operative financially get rehabilitated.

But this book is not just about two successful Indian operations in Bangladesh which the author says are inspired by true stories. The book also exposes the rot in RAW as incompetent seniors try to throttle the more energetic juniors out of sheer jealousy. Thus, the operative who took on the Jamaat and ISI in Bangladesh is brazenly overlooked for promotion by those who resent his achievements. But he silently bears the pain and humiliation. There are those who don’t mind ruining the career of those they can. To keep the bosses on the right side, some prefer to silently suffer humiliation. Others are made of sterner stuff. (IANS)