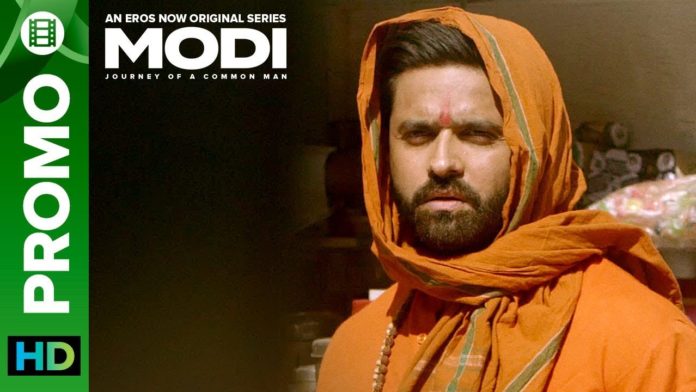 New Delhi– ‘Modi: Journey Of A Common Man’, the web series on Prime Minister Narendra Modi is live again, a month after the Election Commission banned its streaming in favour of a level-playing field during the Lok Sabha elections.

Directed by Umesh Shukla of ‘OMG – Oh My God’ fame, the web series was launched just days ahead of the polls, and was playing on even though the EC had stopped the release of Bollywood biopic ‘PM Narendra Modi’ from releasing on April 11 when the seven-phase polls began.

Five episodes, which were launched earlier, were made available again on OTT platform Eros Now on Tuesday. The remaining five are yet to be out.

“Our plan is to release episodes 6 and 7 on Thursday (May 23) in five different languages – Hindi, Telugu, Tamil, Kannada and Gujarati. The remaining episodes of the 10-part original series will be streamed shortly,” Ridhima Lulla, Chief Content Officer, Eros Group, told IANS.

“Our attempt through this series is to tell the story of Narendra Modi’s struggle, will power, vision and victory. His journey is truly inspiring,” Lulla added.

Shukla, the director of the web series, had earlier said the release of the show was not planned in a way to coincide with the elections.

“I was working on it for almost a year. It could have come out a month earlier as well, but it got delayed owing to some technical glitches… My web series is not about politics. It is more about a character and his journey,” Shukla had told IANS.

The trajectory of the web series and the film ‘PM Narendra Modi’ is similar as they trace Modi’s journey from his humble beginnings to become the Prime Minister.

Meanwhile, BJP-sponsored channel NaMo TV went off air on May 17 soon after the conclusion of campaigning across the country. It began on March 31, BJP sources said.

“The channel was brought as a medium of election campaign of BJP. As the campaign ended, there was no need of it. So it went off air on May 17 after the campaign concluded,” a BJP leader said on condition of anonymity. (IANS)