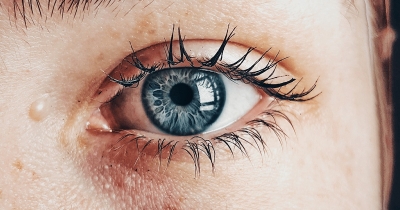 New Delhi– While more common in adults, glaucoma – a group of eye diseases that can cause vision loss and blindness – can also affect infants and children, experts said on Friday.

Although very rare in children, it can effectively damage nerves in the back of the eye called the optic nerve, leading to gradual loss of vision.

Glaucoma is more common in the elderly but can develop at any age. Congenital glaucoma happens at birth while infantile glaucoma occurs in the first three years of life. Another form of glaucoma called juvenile glaucoma can happen to children up to ten years of age.

“Childhood glaucoma is relatively rare. Primary congenital/infantile glaucoma occurs in the general population at a rate of approximately 1 in 10,000 births. In India, the prevalence of primary congenital glaucoma (PCG) is one in 3,300 live births and it accounts for 4.2 per cent of all childhood blindness,” Dr Nusrat Bukhari (Mistry), Consultant Eye Surgeon, Masina Hospital, Mumbai, told IANS.

“Childhood glaucoma, also known as primary congenital glaucoma, is a fairly rare disease. It exists largely due to a congenital defect that leads to increase in pressure of the eye at birth,” added Dr Sandeep Buttan, Global Technical Lead – Eye Health ASIA at Sightsavers.

Infants and children with glaucoma typically also have different signs and symptoms than adults.

There are few symptoms so that people may not notice for a long time that they are losing their sight. So, the best way to look out for glaucoma in adults is via screening.

“But in children, common signs of glaucoma are cloudy cornea, excessive watering of eyes, aversion to light and sometimes also the inability to open eyes,” Buttan said.

“All these three symptoms are good indicators of a child having glaucoma. In such cases, the child must be taken to a hospital and treatment should begin as early as possible,” he added.

Many cases of paediatric glaucoma have no specific identifiable cause and are considered primary glaucoma. When glaucoma is caused by or associated with a specific condition or disease, it is called secondary glaucoma.

Examples of conditions which can be associated with childhood glaucoma include Axenfeld-Reiger Syndrome – an eye disorder characterised by abnormalities of the front part of the eye, aniridia – an eye disorder characterised by a complete or partial absence of the iris, Sturge-Weber Syndrome – a neurological condition; neurofibromatosis – genetic disorders that cause tumours to form on nerve tissue, chronic steroid use, trauma, or previous eye surgery such as childhood cataract removal, Bukhari said.

“Not all patients with these conditions will develop glaucoma, but their incidence of glaucoma is much higher than average, and they should be monitored regularly,” Bukhari noted.

While many children and adults are prescribed medicines in the initial stages of glaucoma, it is largely a surgical treatment.

Trabeculotomy and goniotomy, which open the drainage canals, are the most common surgical interventions. Other procedures create a bypass route for the aqueous (fluid made by the eye) to drain out of the eye, Bukhari said.

Besides, laser procedures can also be beneficial in some cases.

Eye pressure lowering drops and oral medications are the primary treatments for secondary and juvenile glaucoma and are often used as additional therapy after surgery in primary paediatric glaucoma.

Early treatment is key and delays caused by the ongoing pandemic and lockdown has been a very big factor in the progression of glaucoma cases in the country, which could have been prevented if treated earlier, the experts said. (IANS)