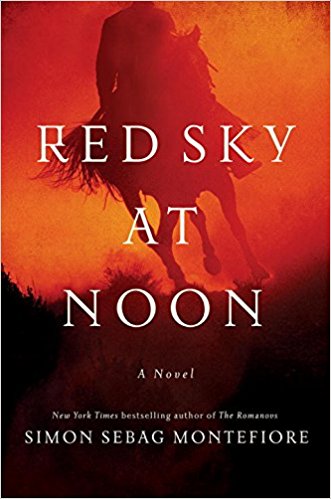 If you think all the common plots of war novels — the mission behind enemy lines, usually by a bunch of condemned men on their last chance, a love affair between enemy personnel, war’s uncompromising nature, realisation of unsuspected abilities and so on — have been worked to death, here comes a new book spectacularly demolishing this belief. 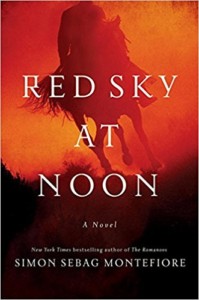 These tropes of a particular genre don’t change but the way they are presented can, in the pursuit of an enthralling, engrossing story. And Simon Sebag Montefiore, who has been both a historian and novelist of Russia, doesn’t disappoint in his latest novel.

Skillfully combining the carnage on World War II’s Eastern Front, where psychopaths on both sides have a field day, the desperate calculations of the top Soviet and Nazi military commands, the paranoid atmosphere of Stalin’s Kremlin and the near-death existence in Siberian gulags, where criminals hold sway, he offers a tale which is engrossing, hair-raising and in some way, even heartening.

A spirited conclusion to Montefiore’s “Moscow Trilogy” after “Sashenka” (2008) and “One Night in Winter” (2013) — though in plot chronology, somewhere between them — it has as its main strand, the 10-day actual war career of Soviet journalist and author Benya Golden, who plays small but very vital roles in the earlier stories.

In the gulag in sub-Arctic Siberia for nothing else but just knowing the wrong person at the wrong time (as “Sashenka” readers will recall), he has managed to exchange his exacting and doomed existence to an equally lethal position in a “punishment” battalion — a rare Jew among Cossacks, criminals and the odd political prisoner.

As the story begins with Hitler’s armies striking deep into south Russia in the summer of 1942 and the Soviets scrambling to stop them, Golden is on a mission that could lead to his rehabilitation, but it goes wrong from the start.

While most of his compatriots are killed in their first encounter with the enemy — and many others captured, brutally tortured and killed — Golden is saved by a Soviet doctor who has thrown his lot with the Germans and even has some secret Soviet plans for them. The doctor sends him to an Italian encampment for safety.

There, Golden falls in love with Fabiana, a nurse who has lost her high-ranking officer husband recently. She helps him to escape, and at the last minute, decides to go with him. They have an affair while fleeing their pursuers but eventually realise they have to go their separate ways.

Golden, meanwhile, reunited with a trio of his comrades, manages to strike another blow to the enemy. But back in Soviet territory, he learns to his horror that he has committed a huge blunder and must make prompt restitution if he doesn’t want to go back to the gulag.

But can he survive a second trip into the war zone? And what is Fabiana’s fate?

In parallel, runs the account of Josef Stalin overseeing the war with his close associates, such as spy chief Lavrenti Beria and (the fictional) Hercules Satinov, while the third strand is about Stalin’s much-neglected daughter Svetlana, who engages in a love affair with an older journalist which is discovered and ends badly for him.

The book — which makes apt use of historical personages and events both in actual and with artistic license (Montefiore taking care later to clarify which is which) — is, however, not only about war, or how it is rarely as glorious as seen from a safe location or its capability to set new standards in horror and brutality or even Stalinist repression.

Though it has plenty of evocative war scenes (especially cavalry action) but also some harrowing ones of the aftermath, some crisp dialogue and incisive, well-rounded portraits of Stalin and his key associates as well as a cameo of Hitler, it is fundamentally about the humans who fight wars and how their instinct for survival, appreciation for companionship and even love can rarely desert them.