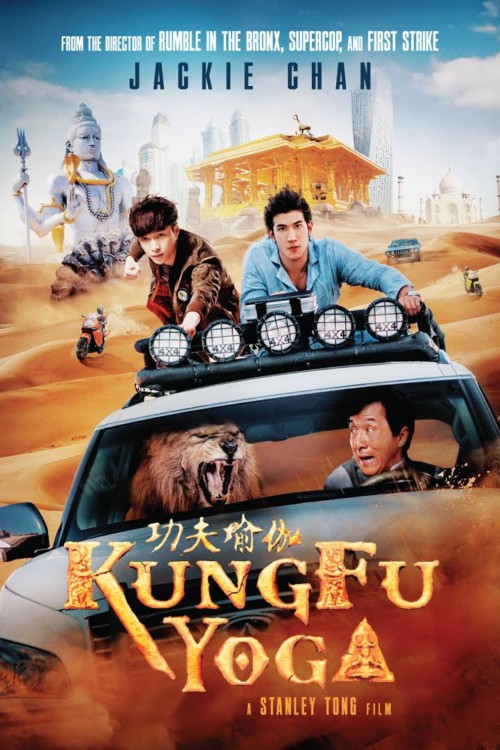 Mumbai–Actor and filmmaker Jackie Chan, who arrived here on Monday for promoting his upcoming Sino-Indian film “Kung Fu Yoga”, says he would like to act in Bollywood films and loves Indian culture, food and people.

“I want to do a Bollywood film, is there any director to hire me,” quipped Jackie Chan at the press conference here.

“I do not want to do any action-comedy films. I am interested in doing romantic Indian films! You know 11 years ago, I tried to do a Bollywood film but that was so melodramatic and I could not fit into that. But now I think I can,” he added.

The film also features actor Sonu Sood, who said: “I think during the shooting of the film, Jackie used to get excited whenever we shot for the dance sequences, he would get ready wearing Indian clothes and would start dancing even before the camera rolled.”

Directed by Stanley Tong, the film “Kung Fu Yoga” also features Bollywood actors Amyra Dastur, Disha Patani along with Sonu, who is also the distributor of the film.

The cast of the film was present at the JW Marriot along with the director Stanley Tong. Actor Shilpa Shetty introduced Jackie on stage.

As it was a very emotional moment for Shilpa when Jackie entered the stage with his arms folded in ‘Namaste’ the actress touched his feet saying, “Being an actress I never had this kind of a fan-girl moment. I am feeling blessed to share the stage with Jackie sir.”

Asked if he watched Bollywood cinema before this collaboration, Jackie said: “I started watching Sonu Sood’s movie after meeting him as I wanted to know him.”

“Honestly, as a kid though I used to watch Bollywood movies, neither I understood the language nor those dance music scenes that never interest me. But I think in last 15 years, things have changed a lot. There is good technology, great fight sequences, actions and lot more. I think it is probably one of the best in the world,” Jackie answered on being asked if he likes Bollywood films.

Jackie Chan is playing the character of a renowned professor of archaeology at the Terracotta Warriors Museum in Xi’an, China, who teams up with young Indian professor Ashmita (played by Amyra Dastur) and assistant Kyra (played by Disha Patani) to locate the lost Magadha treasure of India in Tibet.

The film “Kung Fu Yoga” is scheduled for release in China on January 28 and in India on February 3. (IANS)