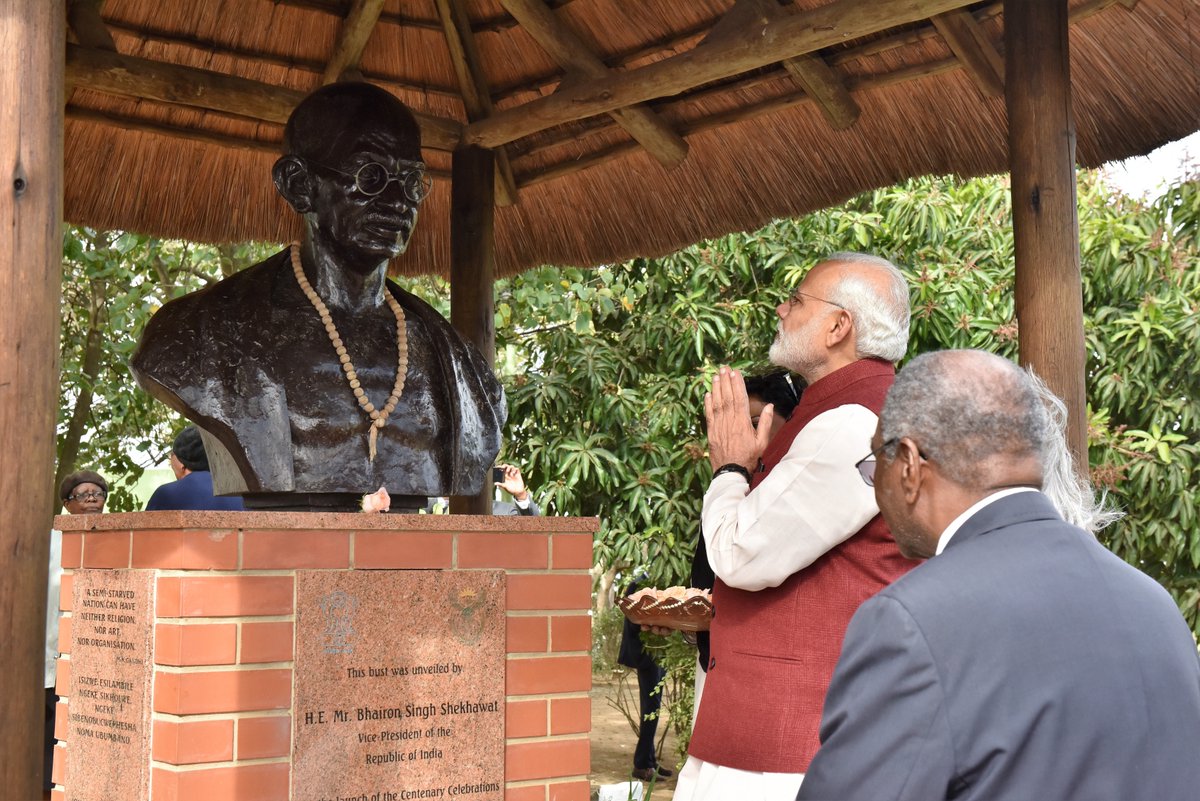 Pietermaritzburg– Prime Minister Narendra Modi on Saturday said that his visit to South Africa is like a pilgrimage as he is getting to visit places that are significant to Indian history and Mahatma Gandhi’s life.

“This visit is like a pilgrimage to me as I am getting the opportunity to visit three places that are significant to Indian history and Mahatma Gandhi’s life,” he told the media after alighting from a train at Pietermaritzburg railway station, where Mahatma Gandhi was thrown out of a train compartment in 1893 on account of his skin colour.

“This is the place where the seed was laid for Mohandas (Karamchand Gandhi) to start the journey of the Mahatma,” he said. 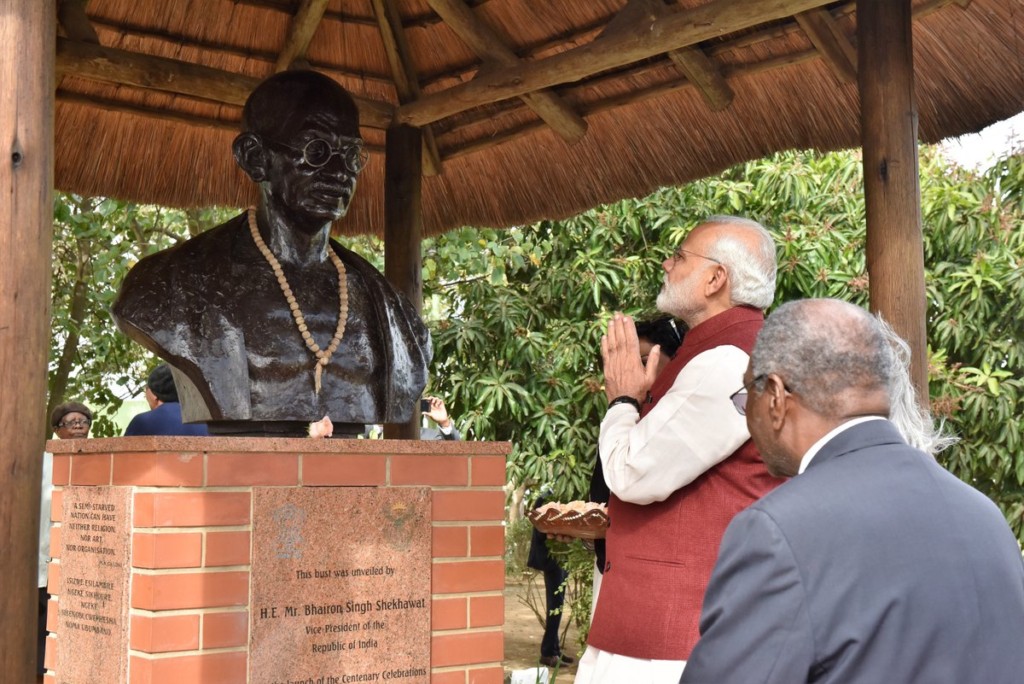 Modi boarded the train at Pentrich railway station and reached Pietermaritzburg, the capital of KwaZulu-Natal province, after a short ride.

“PM travels from Pentrich Railway Station to Pitermaritzburg. Train resembles the one on which Gandhi ji travelled,” the Prime Minister’s Office tweeted.

On the wintry night of June 7, 1893, Gandhi, then a young lawyer, was on his way to Pretoria for a court case when the conductor asked him to move to a third class compartment because of his race.

When Gandhi refused, saying that he held a valid first class ticket, he was evicted from the train.

A plaque at the station reads: “In the vicinity of this plaque MK Gandhi was evicted from a first-class compartment on the night of 7 June 1893. This incident changed the course of his life. He took up the fight against racial oppression. His active non-violence started from that date.”

Modi inaugurated an exhibition titled “The Birthplace of Satyagraha” at the station waiting room where Gandhi had spent the freezing night and wrote on the visitor’s book.

He also visited the spot at the station where Gandhi was offloaded from the train.

After Pietermaritzburg, Modi will visit Gandhi’s Phoenix Settlement on the outskirts of Durban.

On Friday, the Prime Minister visited Constitution Hill in Johannesburg, where Gandhi was incarcerated in 1906 for resisting racism and apartheid.

Later on Saturday, Modi will have an interaction with the Alumni Network and attend a reception to be hosted by the Indian High Commissioner and the Mayor of Durban before leaving for Tanzania on the third leg of his four-nation African tour.