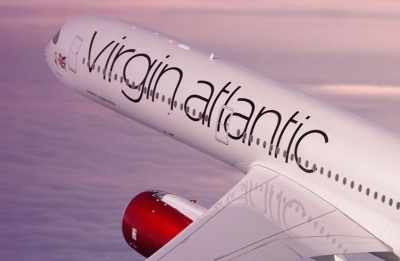 New Delhi– Amid the Heathrow Airport’s decision to limit the number of passengers to one lakh a day, Virgin Atlantic cancelled its Delhi-London flight on Thursday.

Industry sources claimed that other airlines could also cancel flights in the coming days due to capacity constraints.

Owing to staff crunch, Heathrow Airport has imposed the limits on passenger numbers till September 11.

Reacting on the issue, a Virgin Atlantic spokesperson said: “Due to mandatory flight capacity restrictions being implemented by Heathrow Airport on all airlines on Thursday 14 July, we’ve regrettably had to cancel one of our London Heathrow – New York (JFK) return services, operating as flight numbers VS45 and VS4 and our morning departure to Delhi, flight VS302. We’re contacting affected customers and will rebook them on to an alternative service on the same day wherever possible, with the option to rebook on a later date or request a refund.

“We recognise the challenges Heathrow faces serving customers who are looking forward to travel over the summer. It’s imperative that all players involved come together to ensure customer journeys out of Heathrow are as smooth and seamless as possible. We apologise for the inconvenience caused to affected customers.”

Heathrow Airport in London is one of the busiest airports in the world. There are over 100 direct flights a week between India and Heathrow Airport operated by British Airways, Virgin Atlantic, Air India and Vistara.(IANS)