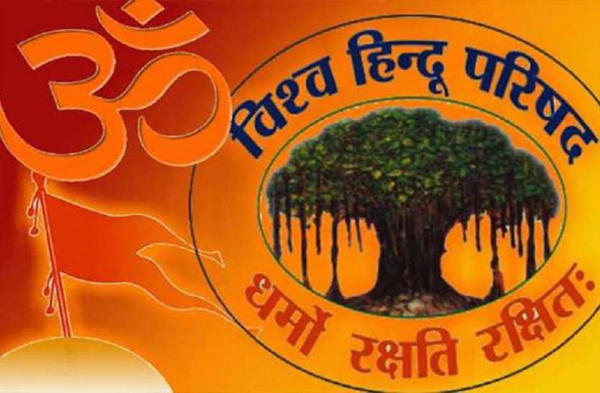 Mangaluru–With the New Year just days away, like most, the Vishwa Hindu Parishad (VHP) too has its task cut out — construction of the Ram Temple that has kept it occupied for years. With the court verdict on its side, the Sangh-affiliate wants to start the temple construction.

“Hurdles in the way of Sri Ram’s Janmabhoomi Temple’s construction have been overcome. If Sri Ram wishes, the work of constructing the grand temple at his birthplace in Ayodhya may start,” the VHP said in a statement, released from Mangaluru, where a three-day conclave is on.

The VHP has urged the Hindu community to celebrate Ramotsav, across India and the world, next year. There would be “big celebrations” in all the villages from where bricks were sent for construction of the Ram Mandir, it said.

Like most, the VHP too has its New Year resolutions. Apart from eradicating the caste system, it wishes to work for women’s safety and against ‘Love Jihad’, a phenomenon where it claims Hindu girls are converted and married to other religions.

It has also expressed concern over “economic and educational disparities”. It’s also figures in its New Year to-do-list.

Meanwhile, the VHP board of trustees has also passed a resolution on the “anti-Hindu conspiracies, hatched by the governments of Telangana and Andhra Pradesh in southern Bharat”. Claiming that Hindu shrines are being “relentlessly attacked”, the VHP has warned of “massive agitations”, if the two states fail to stop it.

Interestingly, the Rashtriya Swayamsevak Sangh held a conclave in Telangana last week, which was attended by RSS Supremo Mohan Bhagwat, believed to have been organised as part of the RSS plan to help the BJP make inroads in the state for the 2023 Assembly polls. (IANS)