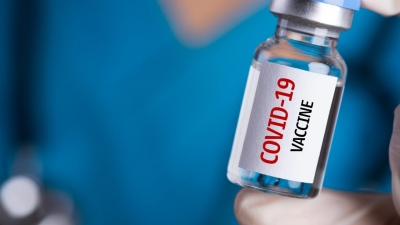 London– While existing Covid-19 vaccines have largely helped prevent deaths, scientists must now train their focus on developing a jab that stops transmission of the virus, according to leading scientist at Oxford.

Covid vaccines have led to sharp declines in deaths and severe disease from the virus, but the virus which is continuing to spread is still a cause of concern around the world.

“We need a new vaccine to stop transmissions and there are lots of interesting ideas,” Sir John Bell, Professor of Medicine at Oxford University was quoted as saying to the Guardian.

“Deaths from the disease, those really awful deaths, had largely been eliminated by the late spring (2021), and they rumbled along, at a very low level and very close to baseline, and they’ve continued to rumble along almost in a flat line since then,” he added.

But as new variants are emerging, the efficacy of vaccines have shown to wane, increasing the risk.

“It’s an interesting question whether any of the (current) vaccines have a long-term future,” Bell said. “None of them are very good at stopping transmissions,” he said and as variants emerged “they get less good over time” at preventing people becoming sick.

He said that instead of trying to make a vaccine each time a new variant emerges, it is best to develop something that can curb the spread and not harm people, the report said.

Although vaccine manufacturers have created booster doses for the elderly, the immunologist said “the booster had no impact on deaths, despite all the rah-rah,” suggesting that two vaccine doses were enough to prevent death and serious illness.

Bell nodded in favour of another round of booster shots for those over 65 and vulnerable people with poorer immune systems, but he was “not massively enthusiastic” about offering repeat vaccinations to healthy younger people, children and teenagers, unless a more serious Covid variant emerged.

“Their risk of severe illness is low with Covid and they almost never die. If we had a great transmission blocking vaccine then doing kids would make sense but we don’t. Most of the world is going to get Covid, we need to get used to it.”

He estimated a “very high” chance that any new variant will be relatively mild, like Omicron, while the chances of a more lethal variant emerging were “very low but not nothing”.

“We need to be on the lookout for a highly pathogenic variant that might start killing people at scale and is evading the vaccine response but we see no sign of that today,” Bell stated. (IANS)