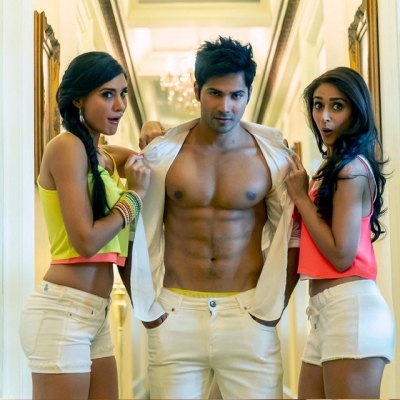 Mumbai–Bollywood actor Varun Dhawan said he was nervous before the release of his film “Main Tera Hero” directed by his father David Dhawan.

Varun posted a few stills from the film which was released seven years ago. It also stars actors Ileana D’Cruz and Nargis Fakhri.

“Seven years ago, I was nervous as hell before the release of the film ‘Main Tera Hero’. I remember my numerous phone calls with @ektakapoor who would give me a pep talk everyday,” he wrote alongside the picture.

Varun said it was an honour to be directed by his father in his second film.

“Above all, audience ka pyaaar was the biggest boost a newcomer like me needed. My brother Rohit @milapzaveri and @tusharhiranandani always pushed me. Great team, great memories and great music by @thesajidwajid. Also my friend from Paris, @kunalrawalofficial did some great work with clothes,” he concluded.

On the work front, Varun would be seen in the film “Jug Jugg Jeeyo”. He will share the screen with actors Anil Kapoor, Neetu Kapoor and Kiara Advani.

The actor was also recently shooting in Arunachal Pradesh for the supernatural thriller “Bhediya”. The film is directed by Amar Kaushik and it also stars Kriti Sanon and Deepak Dobriyal. “Bhediya” is slated to hit the screens on April 14, 2022. The film has been penned by Niren Bhatt. (IANS)