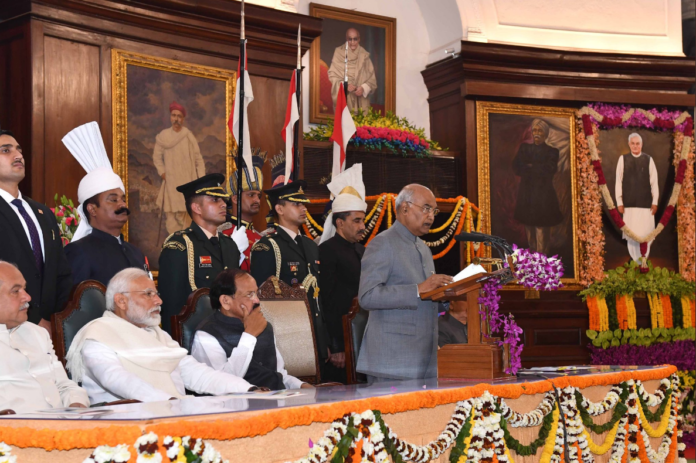 Speaking on the occasion, President Kovind said that Vajpayee will always be remembered for his decisive leadership during challenging situations including the 1998 nuclear test and the Kargil War.

“He contributed a lot in establishing India as a peaceful but strong and powerful country,” he said. 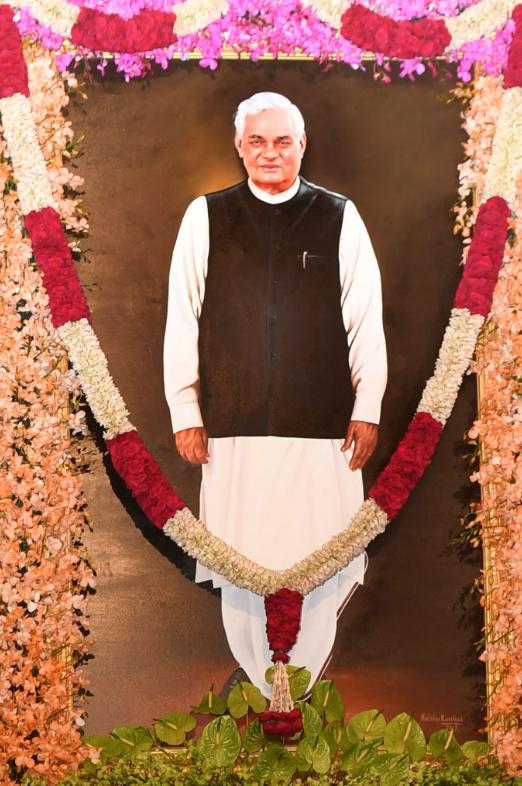 Modi said there was equal power in the former leader’s speeches as well as in his silence.

“His communication skills were unparalleled and he had a great sense of humour,” he said.

Recalling Vajpayee’s long political career, Modi said he spent a large amount of time in the opposition but despite that, he continued raising issues of public interest and never deviated from his ideology.

“Now, he will be forever in Parliament’s Central Hall, inspiring and blessing us.”

Azad said Vajpayee will always be remembered for his speeches.

“Vajpayee ji will be remembered because there was criticism in his words for the opposition but in his heart there was no anger,” he said.

Renowned artist Krishn Kanhai of Vrindavan, Uttar Pradesh, prepared the portrait of Vajpayee, who served as Prime Minister three times between 1996 and 2004.

The decision in this regard was taken unanimously on December 18 at a meeting of the parliament’s portrait committee chaired by Lok Sabha Speaker Sumitra Mahajan.

Vajpayee was the first Prime Minister from outside the Congress to serve a full five-year term between 1998 and 2004.

He is also a recipient of India’s highest civilian honour, the Bharat Ratna, which was conferred on him in 2015.

He died last August at the age of 93 after prolonged illness.(IANS)