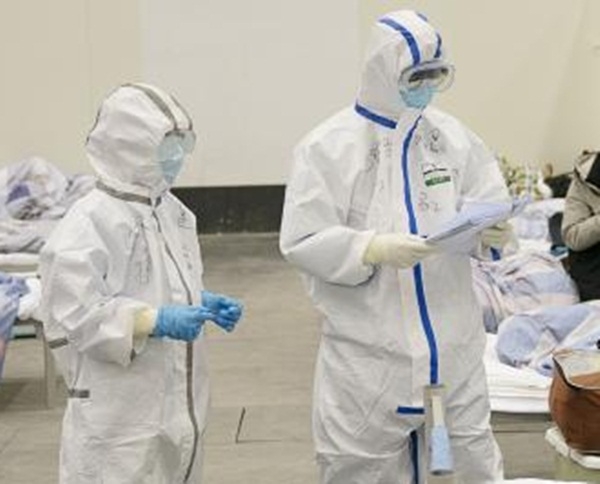 New Delhi–US-based management consulting firm McKinsey & Company estimates that the most likely time for the United States to achieve herd immunity is the third or fourth quarter of 2021.

One or more vaccines may receive US Food and Drug Administration Emergency Use Authorisation before the end of 2020 (or early in 2021) and the granting of a Biologics License Application (also known as approval) in the first quarter of 2021.

McKinsey said in a report that herd immunity in the US could be reached as soon as the second quarter of 2021 if vaccines are highly effective and launched smoothly or if significant cross-immunity is discovered in the population.

On the other hand, the epidemiological end of the pandemic might not be reached until 2022 or later if the early vaccine candidates have efficacy or safety issues — or if their distribution and adoption are slow.

“At worst, we see a long-tail possibility that the US could be still battling Covid-19 into 2023 and beyond if a constellation of factors (such as low efficacy of vaccines and a short duration of natural immunity) align against us,” it said.

The second end point of the pandemic may be reached earlier than the first.

“We estimate that the mostly likely time for this to occur is the first or second quarter of 2021 in the United States and other advanced economies. The key factor is diminished mortality,” it added.

The society has grown used to tracking the number of Covid-19 infections (the case count). But case counts matter primarily because people are dying from the disease and because those who survive it may suffer long-term health consequences after infection. The latter is an area of scientific uncertainty, but there is concern that some recovered patients will face long-term effects, the report said.

It said that both the epidemiological and normalcy end to the Covid-19 pandemic are important. The transition to the next normal will mark an important social and economic milestone, and herd immunity will be a more definitive end to the pandemic.

In the US, while the transition to normal might be accomplished sooner, the epidemiological end point looks most likely to be reached in the second half of 2021. Other advanced economies are probably on similar timetables.

Globally, of the approximately 30 million people known to have Covid-19, more than 900,000 have died. The rest have recovered and have some degree of natural immunity to SARS-CoV-2, the virus that causes the disease.

While there has been at least a few documented cases of re-infection, most experts expect that the majority of those exposed to the virus are immune for some period of time.

It’s likely that many more infections haven’t been detected. Estimated case-detection rates range from 3:1 to 10:1.2. That would mean that between around 90 million and 300 million people around the world have some immunity to SARS-CoV-2.

In some places, such as Mumbai and New York City, subpopulation antibody-positivity rates range up to 50 per cent. But those are likely to be outliers, as in most countries, less than 10 per cent (and often less than 5 percent) of populations test positive for antibodies, McKinsey said.

Studies show that those who have not contracted Covid-19 have cross-reactivity in specific immune cells (T cells).

Most of them gained it from contracting other coronaviruses, which primed their immune systems to react to Covid-19.