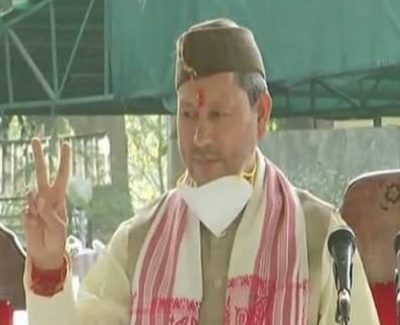 It was the third comment in a week for which Rawat has been trolled.

Earlier, Rawat was trolled for his comment on ripped jeans and equating Prime Minister Narendra Modi with Lord Ram.

Uttarakhand Chief Minister said: “As compared to other countries, India is managing Covid 19 crisis better. America, who ruled us for 200 years and ruled the world, is struggling during pandemic. Over 3,75 lakh people died in USA. In Italy, having best health facility in world, lost over 50 lakh people lives and heading for another lock down.”

“Just another BJP leader reminding us about the value of quality education,” Congress party office tweeted.

Rawat, who assumed office on March 10, faced criticism for his ripped jeans comment and was badly trolled on social media. Girls and women from all age groups flooded social media with pictures of them wearing ripped jeans. (IANS)