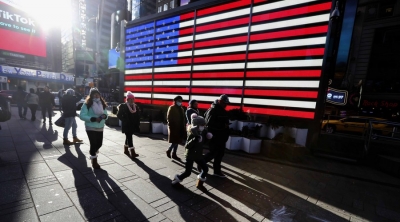 Washington– Life expectancy in the US fell in 2021, for the second year in a row and the biggest drop in almost 100 years, a report said.

In 2019, someone born in the country had a life expectancy of nearly 80 years, Xinhua news agency quoted the National Public Radio (NPR) report as saying.

According to the provisional analysis from the Centers for Disease Control and Prevention (CDC), one of the most dramatic drops in life expectancy in 2021 was among American Indian and Alaskan Native people.

Unintentional injuries, a term which also includes drug overdoses, reached record highs in 2021 and contributed to 15.9 per cent of the decline, according to the CDC.

Life expectancy in the US is among the lowest of developed nations around the world, the BBC reported.

According to the latest available statistics from the World Bank, Hong Kong and Japan have the world’s highest life expectancies at around 85 followed by Singapore at 84.

Life expectancy in countries including Switzerland, Australia, Norway hovers at around 83. (IANS)