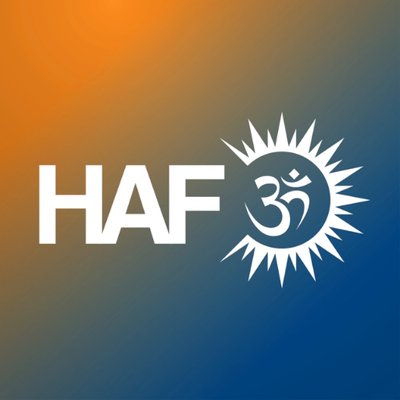 Washington– The Hindu American Foundation (HAF) has honoured three activists for espousing the rights of Kashmiri Pandits with the 2019 Award for Advancement of Hindu Human Rights.

Vijay Sazawal, Deepak Ganju and Sunil Fotedar were given the awards at HAF’s 16th Annual Capitol Reception held on Monday for giving “a voice to the Kashmiri Pandit community, whose suffering would have otherwise gone unnoticed in the United States” and for “notable contributions to preserving Kashmiri culture”, according to HAF.

The HAF also honoured Democratic Representative Brad Sherman with the Friend of the Community award for his efforts confronting terrorism, and Sam Brownback, the US Ambassador-at-Large for International Religious Freedom, with the Mahatma Gandhi Award for Advancing Pluralism, at the reception held in the Foreign Affairs Committee room of the House of Representatives.

It said that Brownback’s “keen attention and efforts to address the plight of vulnerable Hindu minorities in Afghanistan, Bangladesh, Malaysia, Pakistan, and the Indian state of Jammu and Kashmir has helped further the cause of human rights and freedom of belief worldwide”.

“After 30 years of largely remaining unheard, we were honored to recognize the efforts of American policy makers who have used their platforms to highlight the need for religious freedom and human rights for this and other minority communities,” HAF Executve Director Suhag Shukla said.

About the Kashmiris honoured, she said: “We’re humbled by the selflessness and achievements of these individuals in protecting, preserving, and promoting the indigenous cultural heritage of Kashmir, and in making incredible advances in a variety of fields.”

Sherman said that the US-India strategic relationship is based on shared democratic values and looks forward to India being classified as a major non-NATO ally. He said that he had introduced a resolution in the House to condemn the February Pulwama attack by Pakistan-based terrorists that killed about 40 Indian security personnel.

Brownback said: “The role of the government is to protect the right to everyone’s religious freedom. You want to be Hindu, great. You want to be a Christian, a Muslim, great. As long as you’re peaceful about it, we will protect your right. This should be the standard around the world.”

About the recipients of the Hindu Human Rights Award, the HAF said: “For more than 25 years Vijay Sazawal (of the Indo-American Kashmir Forum) has given a voice to the Kashmiri Pandit community, whose suffering would have otherwise gone unnoticed in the United States.

“For too long the religio-ethnic cleansing of the Kashmiri Pandit community from the Valley of Kashmir has been overlooked by the international community,” said HAF Board Member Rajiv Pandit.

“Some three decades ago thousands of Hindus were killed by their neighbours and Pakistan-sponsored militants, with several hundred thousand forced to flee under threat of horrific violence.

“All of us would like to see a time when we are able to return home safely,” he added.

Author Bansi Pandit received the Dharma Seva Award for promoting Sanatana Dharma and the Dharmic community by providing “the community with many resources for the preservation of our religious and cultural traditions, with a particular focus on the needs of the second generation of Hindu Americans”, HAF said.

The Award for the Advancement of Dharmic Arts and Science was given to professors Subhash Kak and Ashok Koul, and Tiku Kaul. HAF said Kak of Oklahoma State University received the award for contributions to the fields of quantum cryptography, archaeoastronomy, history, philosophy, and poetry; Koul, a South Asian languages expert at Brown University, was honoured for contributions to the field of linguistics, and Tiku Kaul got the award for promoting Kashmiri culture through music and poetry. (IANS)