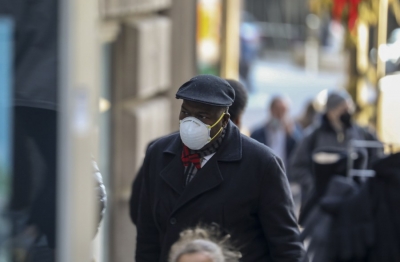 Washington– A new poll has revealed that most Americans think the US economy and the fight against the Covid-19 improved to some extent in recent weeks, but still not good, while a majority of people were still concerned about the pandemic.

As coronavirus cases have declined in many places in the US, more Americans said efforts against the Covid outbreak “are going well,” but it was still a mixed report, Xinhua news agency quoted the poll conducted by CBS News/YouGov as saying.

Around 47 per cent said “things are going well”, up from 36 per cent a few weeks ago.

Fewer people reported than a year ago that their own mental health “is worse” as a result of the pandemic, it found.

People rated things in the country better than they did in January, but they did not call them good, the poll said, noting Americans expressed roughly the same mix of being hopeful and scared about the year ahead as they did a year ago.

Nearly half of parents reported feeling exhausted or frustrated by managing the pandemic and kids, saying their children’s mental health and educational development got worse as a result of the pandemic, according to the result of the poll.

About the economy, it found that the general measure of how things were going in the US was up seven points in a month, but still net negative.

President Joe Biden’s approval rating remained at 44 per cent in February, unchanged from last month, the poll showed, believing that it reflected this mixture of measures and sentiments in the country.  (IANS)