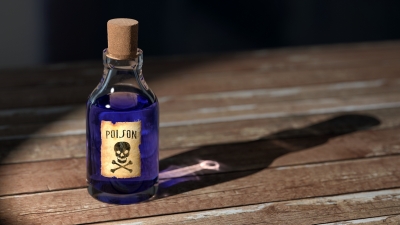 Her husband, 22, also consumed poison and has been admitted to a private hospital in Jaspur where he continues to be in serious condition.

The incident occurred in the Bhogpur village where Neelam Kaur got married to Bindar Singh.

Neelam and Bindar, belong to the same village, they fell in love and got married.

The woman’s father Jarnail Singh has now alleged dowry harassment and said that his daughter was murdered for dowry.

Singh alleged, “Neighbours of my daughter informed me about the incident. When we rushed to the scene, we found the body of my daughter lying on a cot.”

Bijnor Superintendent of Police Dinesh Singh said, “Police have registered a case against the deceased’s in-laws, including husband Bindar Singh under section 498a, 304b of IPC and section 3/4 of Dowry Prevention Act. Police are thoroughly probing the matter. Bindar is undergoing treatment in a private hospital.”

According to police sources, prima facie it came to the fore that woman committed suicide over some dispute and her husband also consumed poison later. (IANS)