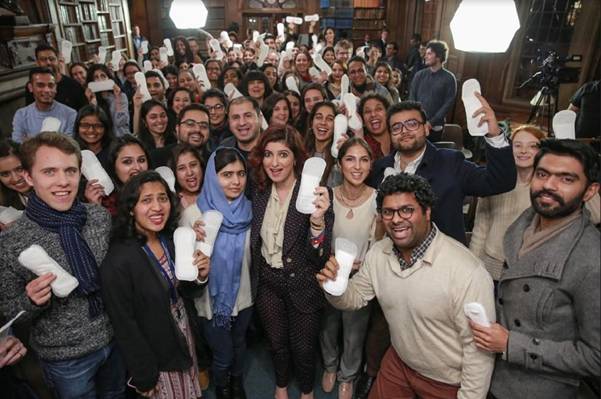 The two ladies posed with other students and faculty members of the prestigious university while holding sanitary pads.

During media interactions, the Pakistani women’s activist and Nobel Peace Prize winner praised the movie theme which revolves around menstrual awareness and women hygiene. Malala said that Pad Man has an inspiring message. She said, “I’m really excited to see the film Pad Man… because the message behind the film is truly inspiring.”

Twinkle also spoke to the Oxford students in her speech. She complained that Indian school girls in villages have to sit with a rag cloth or a rolled-up sock or even wadded up newspaper between their legs. “Pads are still seen as a luxury item. It is odd that pads are taxed at 12 percent in India but brooms are tax free,” she resented.