New York– President Donald Trump said on Monday that he has a “great” relationship with Prime Minister Narendra Modi who has told him that India is going to reduce substantially the tariffs on imports from the US.

He said that “tariff king” India on its own has reached out to the US to make a trade deal, without Washington calling New Delhi for negotiations.

He was speaking at a White House news conference on the revised North American Trade Agreement with Canada and Mexico — a landmark deal that fulfills one of his election promises.

Answering a question from a reporter, he said, “I have spoken Prime Minister Modi and he is going to reduce them (tariffs) very substantially.”

He added, “My relationship with India is great, with Prime Minister Modi is great. And they are going to start doing a lot.” 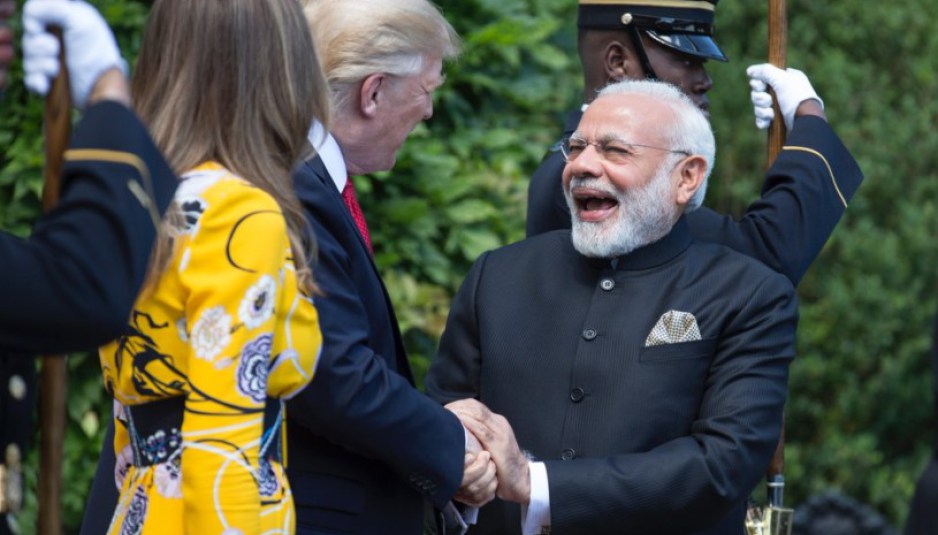 Scoring a domestic political point, he asserted that as in the case of the NAFTA and and other trade issues, none of the previous presidents or trade representatives had spoken to India about the high tariffs.

He quoted Modi as telling him, “Nobody every spoke to me” about the high tariffs.

Trump explained that he called India a “tariff king” because “it charges us tremendous tariffs.”

He cited the example Harley Davidson motorcycles, which would resonate with bikers who are a section of his electoral base, saying that India charged 100 per cent duties on it.

He said, “That is so high that it is like barrier, in other words who is going to buy it if it costs you so much.”

“Now they have reduced that substantially, but it is still too high,” he asserted. (IANS)