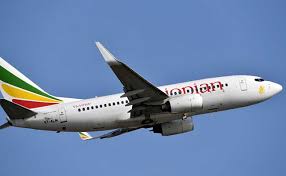 Washington–President Donald Trump has announced that the US will ground all Boeing 737 MAX 8 and 9 planes with immediate effect.

“All of those planes are grounded, effective immediately,” Trump said, referring to the Boeing 737 Max variations, during a press event on Wednesday, Xinhua news agency reported.

“The safety of the American people, of all people is our paramount concern,” Trump said.

The US becomes the last major nation to ban the fleet following the deadly Ethiopian Airlines Boeing 737 MAX 8 plane crash, which killed all 157 people on board.

The Federal Aviation Administration (FAA) said in a statement shortly after Trump’s remarks it is ordering the temporary grounding of Boeing 737 MAX aircraft operated by US airlines or in US territory.

The move came hours after Canada announced it is pulling Boeing 737 MAX aircraft from the sky, indicating that the US is bowing to the mounting pressure from the international community to ground the aircraft.

The US is the last major country to halt operation of the questioned model, despite repeated calls from US lawmakers, experts, and the public in the past few days for the FAA to prioritise safety.