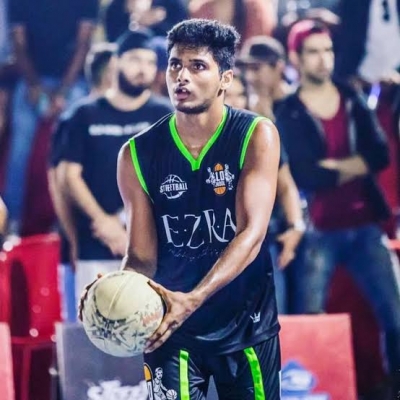 Chennai– A youth from Tamil Nadu in Moldova is creating waves in the professional European basketball league – one of the highly-rated professional leagues of the sport.

The 23-year-old cager has just joined the Moldova league after giving stellar performances during his academic career in the UK where he played for University of Westminster and was the international player for 2017-18 and 2018-19.

Ulhas, who hails from Kancheepuram, had also captained Delhi U-19 team in two nationals and had won the championship for the team.

Talking to IANS from Moldova, Ulhas said: “It’s a great experience to play along with internationally reputed players, some of whom are already selected to the world’s first league, NBA in US. The confidence and experience one gains from the European league is tremendous and I am the only professional basketball player from India in the whole of Europe.”

He also said that while he did not experience any racial discrimination on and off the field, people were curious to find an Indian face in the European league as this was the first time an Indian is playing in the league.

Ulhas is the second-highest top scorer in the league and he is receiving calls from several top leagues in the world including from the US.

The Tamil Nadu youth who did his Honours in Business Management and Entrepreneurship from the University of Westminster said that he is expecting a call from the NBA in the US.

With the NBA also coming up in India, the chances of more players entering the big professional basketball leagues seem to be close.

International professional basketball leagues are huge money-spinning leagues and several players from the US are playing in Moldova league along with Ulhas. (IANS)