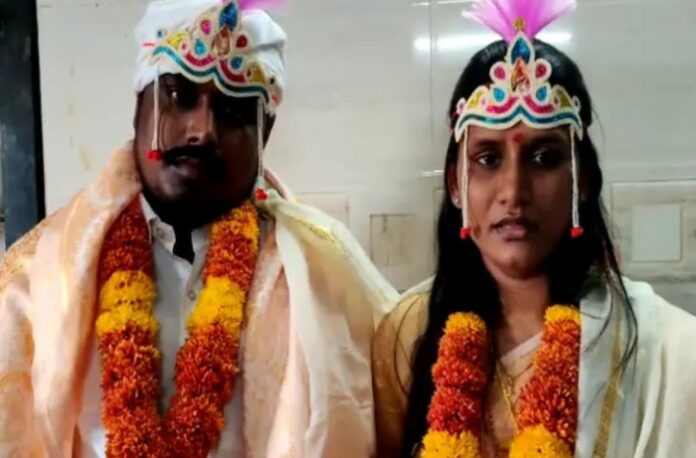 Bengaluru– The newly-married daughter of a Tamil Nadu Minister on Monday approached Bengaluru Police Commissioner for seeking protection from her father.

Jayakalyani, daughter of the state Hindu Religious and Charitable Endowments Minister, P.K. Sekar Babu, who is the close confidante of Chief Minister M.K. Stalin, has sought protection along with her husband Satish Kumar, police said.

She submitted a memorandum to the Police Commissioner Kamal Pant.

Speaking to media, the Minister’s daughter said she was in love with Satish Kumar since many years which her family opposed.

“My parents have objected to my love towards Satish Kumar. When I attempted to get married to him couple of months ago, the police arrested him and took him into custody for two months,” she added.

“I suspect the role of my father behind this. I am an adult. We both love each other and have got married,” Jayakalyani said.

“We were given death threats if we return to Tamil Nadu, therefore we have approached Bengaluru Police Commissioner seeking protection,” she added.

“We organised a marriage ceremony as per Hindu tradition. They have been given life threat from the girl’s family and hence they are requesting for security by the Bengaluru police, he added. (IANS)