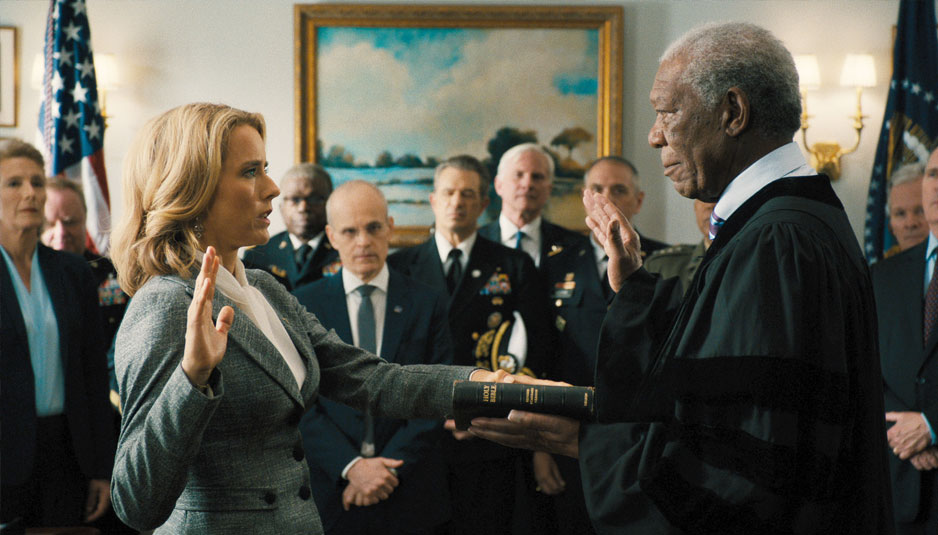 New Delhi — Morgan Freeman, who was on a working trip to India last year, terms his experience of being in the country “settling”. The Oscar-winning screen legend says memories of the time he spent on the Ganges will forever remain with him.

“I was fascinated by India. So going there was a very settling experience. I went there for a spiritual trip more than a sight-seeing trip. So, it was a spiritual experience for me. The time I spent on the Ganges will stay with me forever,” Freeman told IANS in an email interview.

The actor, who has featured in cinematic gems like “Street Smart”, “Glory”, “The Shawshank Redemption”, “Seven” and “Bruce Almighty”, came to India last year to explore “the story of god” in a documentary series. The 79-year-old is also executive producer of “Madam Secretary” — season three of which airs in India on AXN.

During his tryst with India for “The Story of God”, he visited Bodh Gaya and Varanasi — cities which are of religious significance.

Asked what aspect of the country inspired him and would he ever make a film on India, Freeman said he is not sure of the second part as he didn’t have much time in hand to explore the country deeply.

The 79-year-old said: “I didn’t see enough of the country to make a film on it. I haven’t been able to stay for so long to have a judgment on the same. However, we all are looking for great content. So, yes, will I ever make a film in India? Absolutely!”

As for “Madam Secretary”, it is a political drama which stars Téa Leoni as Dr Elizabeth McCord, a former CIA analyst who is appointed as the US Secretary of State. The show also focuses on the personal lives of the characters.

Talking about the inspiration behind the show, Freeman said: “After we sat down with the story we realised we had three strong female characters from the State Department. Initially, when we sat down with the story we thought it will be based on Hillary Clinton’s life, but later we realised it’s a lot more than that. The Secretary of State involves a lot of intricate things.”

He got his break through the “Hello, Dolly!” musical in the 1960s. Freeman then entered the world of small screen via the 1971 TV series “The Electric Company”. He earned acclamation for films like “Driving Miss Daisy” — which earned him an Oscar nomination. The honour, however, came for “Million Dollar Baby”.

Freeman’s filmography has varied projects like “Invictus” and commercial entertainers like Christopher Nolan’s “The Dark Knight” trilogy, “Deep Impact” and “Olympus Has Fallen”.

Freeman feels working for television can turn out to be “pretty difficult”.

“There are a lot of challenges when it comes to making shows. It is difficult to come up with the content as there are so many outlets. And they are growing, over the internet. So it’s bit of a challenge. You need ideas and you need writers,” he said.

After over 30 years in the industry, Freeman has opted for the quieter life of the small town of Clarksdale in the Mississippi Delta region, away from Hollywood.

The actor said he was raised in the Mississippi region, adding that it was “like living near nature”.