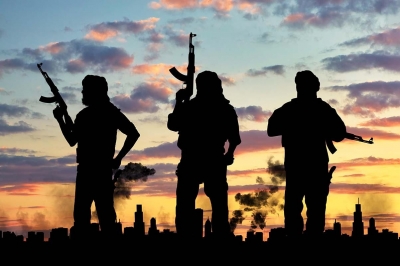 Police sources said that two terror suspects were arrested from Shivamogga, while the third was nabbed from Dakshina Kannada district.

The arrested persons have been identified as Syed Yasin aka Bailu and Maazh, both from Shivamogga, and Ansar from Mangaluru. A court in Shivamogga has remanded the trio to nine-day police custody.

The authorities have launched a hunt for Mohammed Shariq, another terror suspect who managed to escape, in Shivamogga.

Yasin, a qualified engineer, is an expert in making improvised explosives. The accused had made plans to carry out a series of terror attacks across the state, police sources said.

Meanwhile, the parents of both Yasin and Maazh have claimed that their sons are innocent. Yasin’s father Ayub Khan said that his son would never indulge in any kind of anti-national or terrorist activities. Maazh’s parents have filed a habeas corpus case in the court stating that their son has gone missing.(IANS)