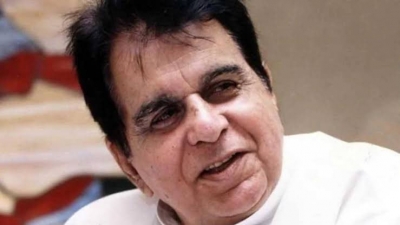 Mumbai– In a career spanning around five decades and six dozen films, including some that remained incomplete, Dilip Kumar romanced with or died (on-screen) for some of the most popular heroines of his era ï¿½ Noorjehan, Kamini Kaushal, Vyjanthimala Bali, Waheeda Rehman, Suchitra Sen, Meena Kumari, Nargis, Madhubala, Nimmi, Nutan, Leena Chandavarkar, and of course, his doting wife Saira Banu, who cheerfully cared for him till the end.

At an early stage in his career, Dilip Kumar and his co-star, Mumtaz Jehan Begum Dehlavi, better known as Madhubala, were deep in love, but could never marry because of her father’s opposition and certain other issues later. Nicknamed the ‘Marilyn Monroe of the Indian film industry’ by the western media, Madhubala died in 1969, aged 36, but is still remembered and adored by her admirers across the world.

In 1966, Dilip Kumar married the glamourous Saira Banu, who was 22 years younger than him, and barring a brief hiccup, their marriage lasted happily for more than five decades till he took his last breath.

The superstar made headlines in 1981 when he fell in love with and married Asma Rehman, who was then living in Hyderabad. It ended in 1983 ï¿½ and Rehman later migrated to Canada. (IANS)